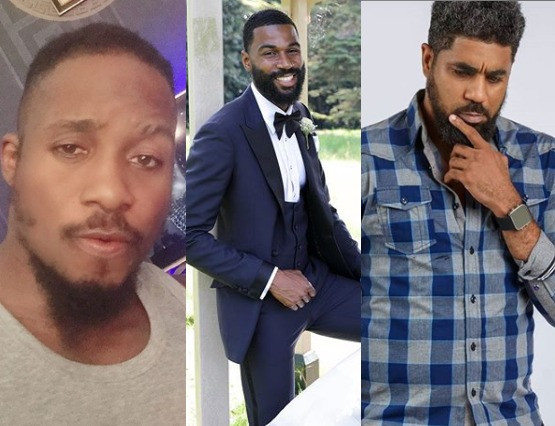 Nollywood actor John Paul Odonwodo aka Junior Pope shared his thoughts on the just concluded BBNaija show and one of its contestants, Mike.

Pope in his IG post praised BBNaija housemate, Mike, for being faithful to his wife all through his the show, adding that Mike showed everyone that cheating is, in fact, a decision.

Actor Emeka Enyiocha,  commented on Pope’s post insinuating that Mike could not cheat as he had cameras on him all the time.

Thin Tall Tony had an affair with fellow housemate Bisola, while in the house.

See their exchange below; 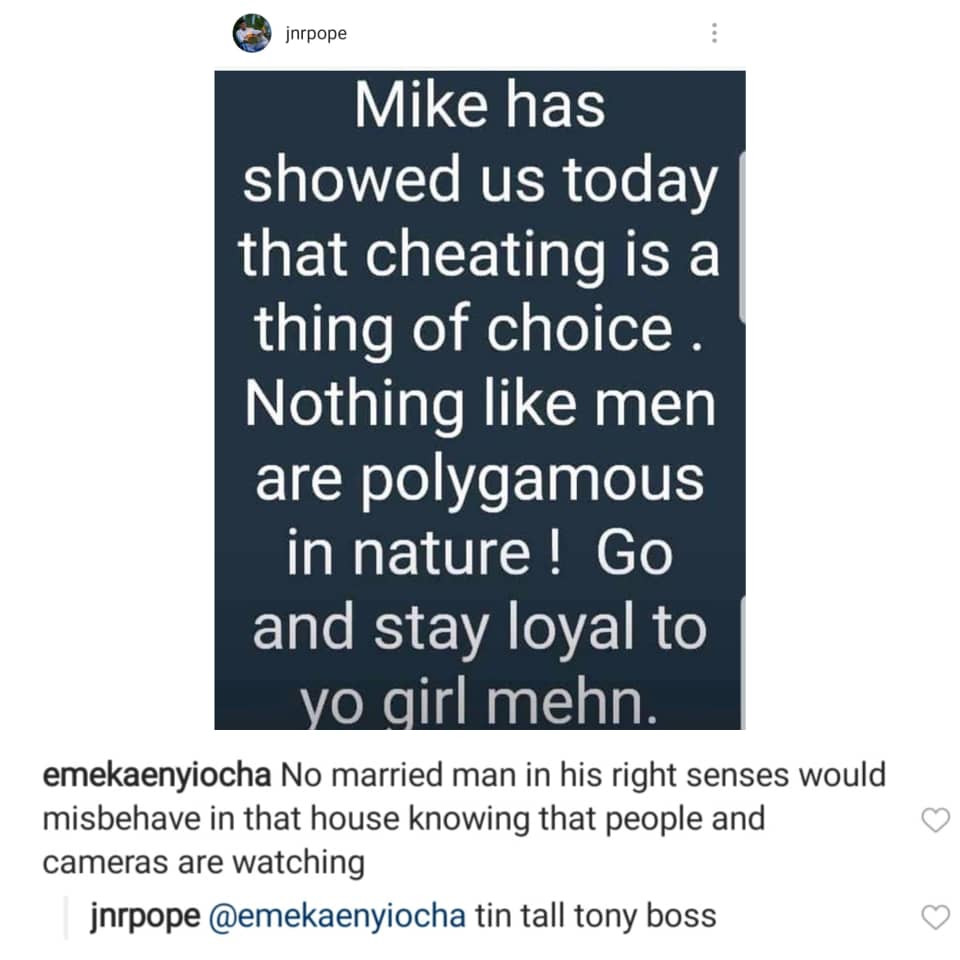