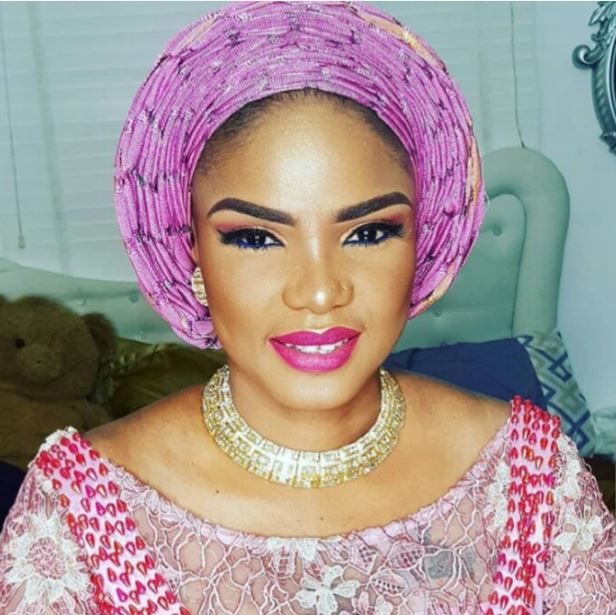 Shortly after Comedian, Mr. Jollof confirmed the receipt of N1m from sex therapist, Jaruma, following the disqualification of Tacha from the BBNaija house, actress Iyabo Ojo has reacted.

Mr. Jollof got the cash offer after threatening to beat up Tunde Ednut who mocked disqualified housemate, Tacha.

Confirming the receipt of the money via an Instagram post, Mr. Jollof said: ”Jarumaempire just make me well once.”

Read Also: BBNaija: E-Money To Gift Tacha N20m Because His Daughter Cried After Her Eviction(VIDEO)

This prompted Iyabo Ojo to take to his comment section to say: ”you well once.”

What he wrote below: 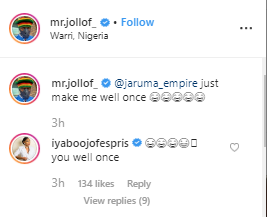