After UK Police Sack Threat, Khafi Goes On Another Sex Romp With Gedoni

The current edition of the popular reality show, Big Brother Naija is truly peppering Nigerians as Gedoni and Khafi have gone on another ‘pepper sex’ spree. 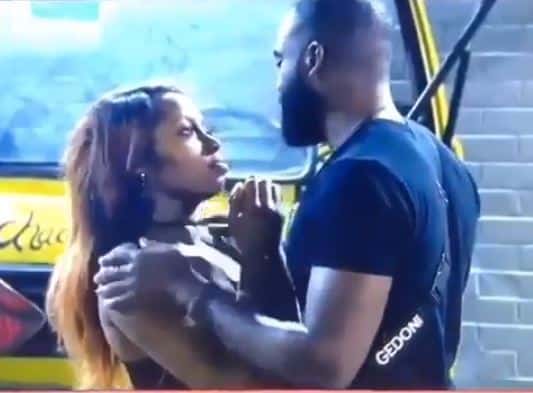 The love birds have been entangled with each other ever since their early eviction scare and their love is still intact.

Also Read:  Khafi May Be Sacked By U.K Police For Having Sex On Reality Show

Gedoni and Khafi have been caught on camera having sex on several occasions during the show, which has led to the investigation of Khafi, who is a cop in Britain at her workplace.

The duo just got back together after being separated for few days as a result of a misunderstanding.

In the spirit of making up for lost time, watch the duo in action in the videos below:

Please share this:
COVID-19: Presidential aide reacts as BBNaija’s Nina claims photo of Buhari at work is an old one