All Neo does is to catwalk, I don’t know if he can fight – Vee tells prospective admirer

Big Brother Naija star, Vee Iye has revealed that she doesn’t know if her lover, Neo Akpofure can fight stating that all he does is catwalk. 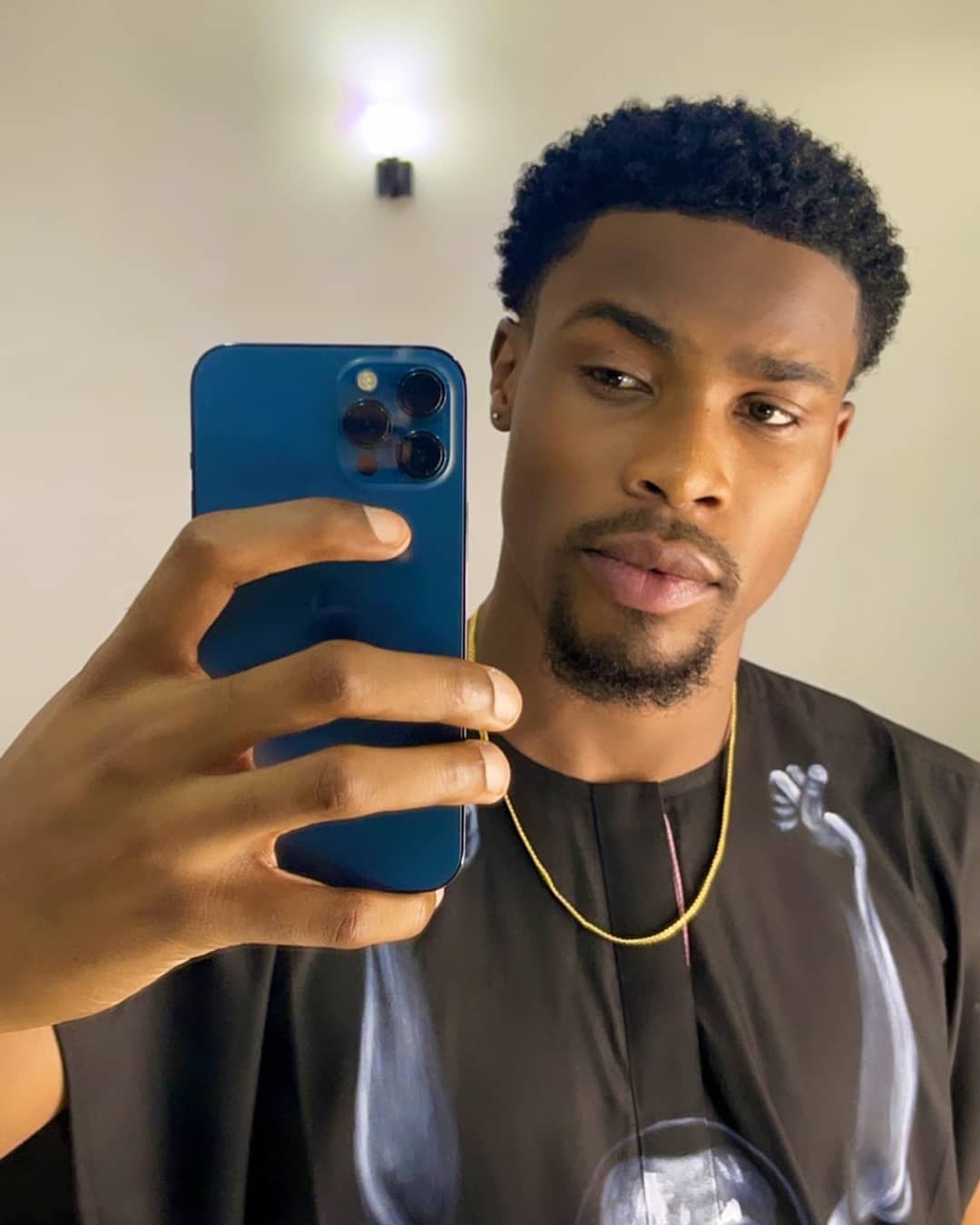 Vee and Neo fell in love during their time at the fifth edition of Big Brother Naija reality show tagged ‘Lockdown’ and they’ve been able to sustain the relationship after the show.

Both lovers have also been consistent in showing off themselves on social media but things took a shocking twist when a man tried to shoot his shot at Vee.

Vee was questioned if she has a man and her response might spark reactions from fans and lovers on the internet.

According to Vee, she has a man who only catwalk, adding that only God knows if he can fight.

Read her conversation with fans below: 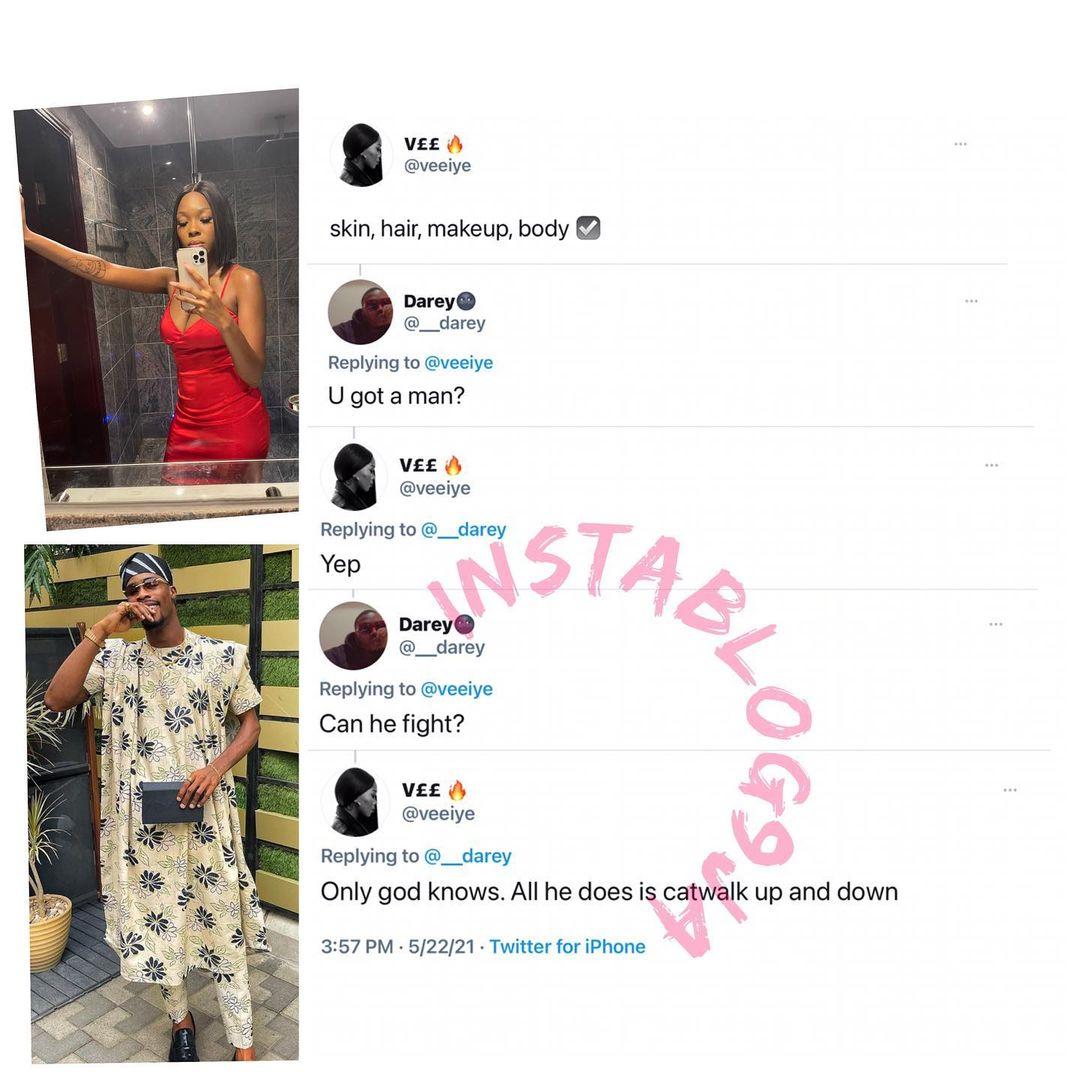