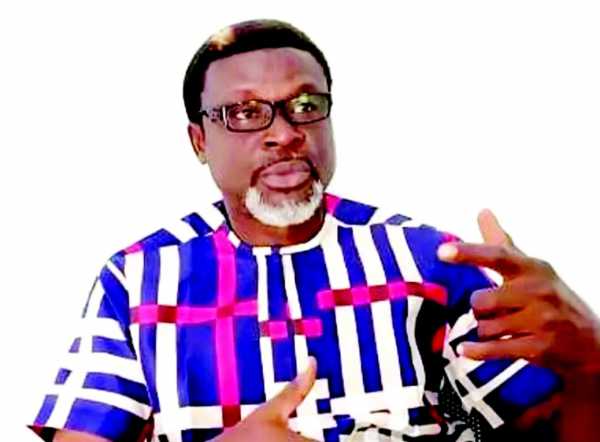 He appealed to religious leaders, including Muslim and Christian clerics to add their voices to the call for ban of the programme on Nigeria televisions.

Onuesoke said  allowing an “immoral” show like the “Big Brother Naija” to broadcast in Nigeria could corrode the minds of the younger generation, especially teenagers.

According to him, “BBNaija is an exhibition of recklessness. We are encouraging it so badly that we allow it to be displayed openly on television. It is an invitation to chaos and exhibition of nudity. We now idolize idleness and immorality.

What do we gain from open vulgarity, open nudity, the spread of shamelessness? For me  BBNaija is an abomination.

“It’s not a talent show because it does not promote real development in any sense of the word.”
It is just a show in which some adults gathered in an enclosed place and allowed to do whatever entered their heads.”
“Fine, there are many other bad things going on everywhere, including kidnapping, banditry and the impunity of thoroughly corrupt political elite across all party lines, but destruction/distortion of values is one of the most vital of steps towards all these other societal vices.
“Those against the Federal Government plan to ban the show  are all benefiting from it one way or the other while the social and cultural norms of the society are being eroded.
“Even the devil will condemn that show. I don’t watch it but comments from social media indicate it is all about immorality. When young people condemn it, then it really has to be bad.

“The programme should be banned. This freedom to do whatever is the foundation of the decay in the polity.

“Pastors and imams should speak up against the show. The Qur’an and the Bible clearly teach against everything that is being openly demonstrated in the Big Brother Naija house.

“It is misleading the youths. Awarding millions of naira to young people,  awarding free cars and making young ones to salivate back home, wishing they had something like that sudden wealth, which is totally wrong.”