On Sunday, 6 October 2019, Mercy Eke was crowned as the first female Big Brother Naija winner, carting away 60 million worth of prizes after 99 days in the house.

Expectedly, the journey to day 99 was not without twists, turns and unforgettable moments to last us till next season.

So as we bid goodbye to the Pepper Dem housemates and Showmax’s Extra View and Hotroom updates, let’s go back in time and recount some moments that will remain with us for a long time to come.
1. Omashola’s first diary session

Omashola quickly made headlines after his first diary session, where he famously asked Big Brother: “Why you no bring like two mad people? If he mad too much, we go find rope tie am… Nobody dey mad here; everybody dey cool.”

He then went on to give a detailed breakdown of his first few days in the house, and his impression of his fellow housemates. So popular was his diary session that music producer Don Jazzy tweeted, “3 gbosa for that Omashola diary session abeg.” Former Big Brother Africa winner Uti also tweeted, “And the diary session of Life goes to OMASHOLA KAI!!! Dude legit reminded me of my Sapele and Warri days!! Gatta Love it.”

Over the course of the season, Omashola and Khaffi would later be known for their lengthy diary sessions, which fans of the show never tired to comment on.

Chances are if Teni’s Case comes on, fans of Big Brother Naija will remember Mike with a chuckle. The episode started while the housemates’ rehearsed for the Pepsi Know Da Lyrics challenge and Omashola decided to help Mike out with the lyrics of Teni’s Case. While the duo rehearsed, Mike, despite his best efforts, kept pronouncing ‘report’ with a British accent, though the song was in pidgin English. Followers of the show then took to Twitter to express their humour at the situation.

Mike and Omashola would later go on to share several more moments, including their Showmax movie treat. 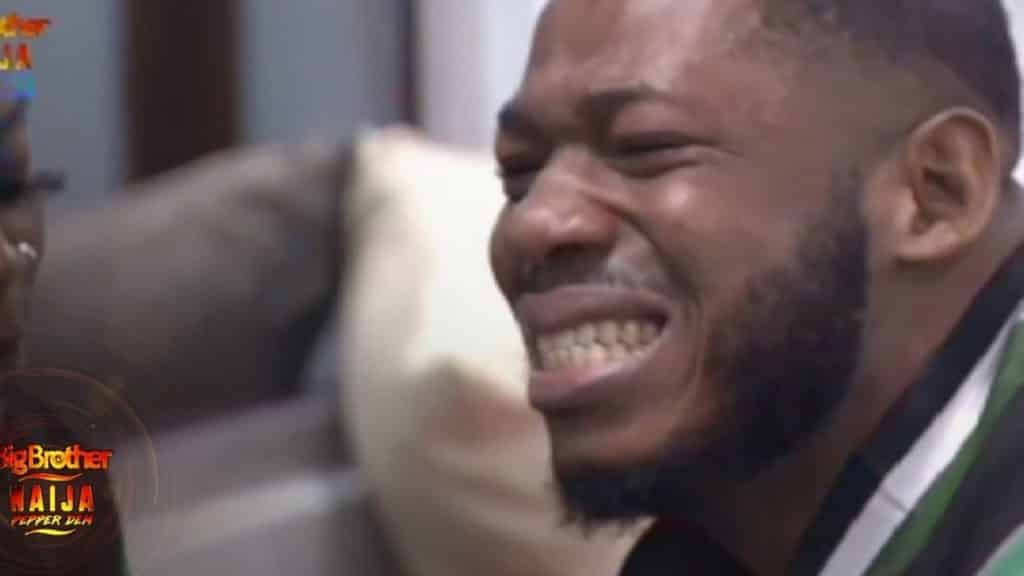 Frodd is not a man who is ashamed to shed a tear or two, as we saw several times over the season. But perhaps the moment that will remain with us the longest was when Frodd cried after Esther, his love interest, turned him down. Frodd had expressed his desire to have an intimate relationship with Esther, saying: “Hold me down when I want to lose it. Those times I want to throw tantrums, tell me to shut up and I’ll listen. If anyone says it I won’t listen. You are the only one that can do that. I talk a lot; I need someone to counsel me.”

However, Esther was having none of it as she told him to find someone else to counsel him. “It doesn’t necessarily have to be me.” After Frood started crying, she offered to get him some tissues but asked him not to cry before she got back.

The pair would later go on to have an off/on relationship which culminated in a kiss, another unforgettable moment in the house. 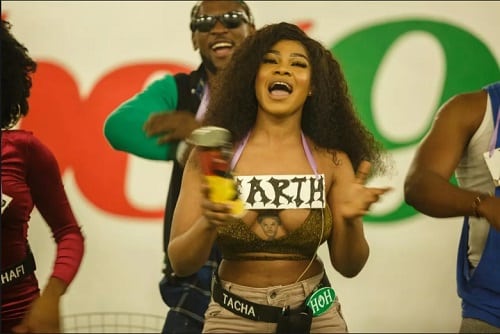 Who can forget Tacha’s now infamous interview with Ebuka, where she famously responded saying ‘Tacha, Tacha, Tacha’ after the show host asked her to name three characteristics of a Big Brother Naija winner? Prying further, Ebuka asked Tacha if she was a characteristic, and even asked her to define the word. But Tacha still maintained her answer.

Tacha would later be issued two strikes for rudeness and was eventually disqualified from the show over her fight with Mercy.

ALSO READ:   BBNaija: I’m not a virgin and I love my slacked breast- Tacha 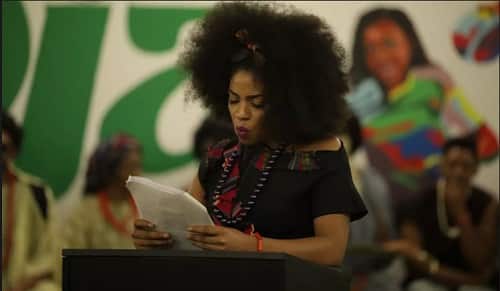 Big Brother has always been known to introduce new twists to the show and this season wasn’t left out. In the fourth week of the show, five new housemates were introduced to the house, turning the game on its head.

Venita, one of the newly introduced housemates, would go on to cause some major chinks in the budding romantic relationship between Khaffi and Gedoni, as well as be a third wheel in the relationship between Frodd and Esther. Elozonam forged a relationship with Diane, while Joe got involved in a fight with Tacha which earned him a strike.

Perhaps one of the most bizarre twists in the Big Brother Naija Pepper Dem season was the eviction of Enkay over a Ludo game with Cindy. Trouble started after Enkay refused to play another round of Ludo with fellow newcomer Cindy while in the house. Fans of the show went on Twitter to bemoan what they considered to be Enkay’s haughty attitude and proceeded to vote against her. Upon her exit from the house, Enkay described the whole situation as a big misunderstanding.

7. Mercy gets a strike over her fight with Ike 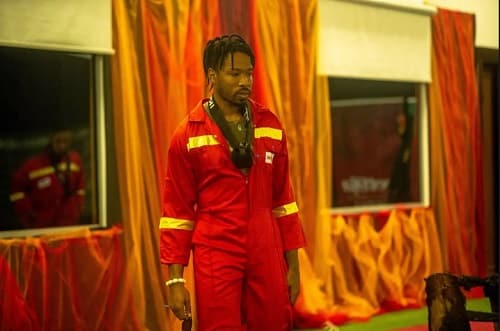 Mercy and Ike may have been lovebirds in the house, but their fights were nothing short of explosive. One such fight earned Mercy her first and only strike in the house. Trouble started after the pair got into a heated conversation over Mercy’s fear of eviction that weekend.

After Ike walked out of the conversation, Mercy lunged with a half empty bottle of water at him, screaming, “You will never win so long as I am in this house. Except I leave before you win. You couldn’t make it in America; you think you will make it in Nigeria? Fool! You want me to leave because I am your biggest threat!”

Mercy was issued a strike for provocation and violence. 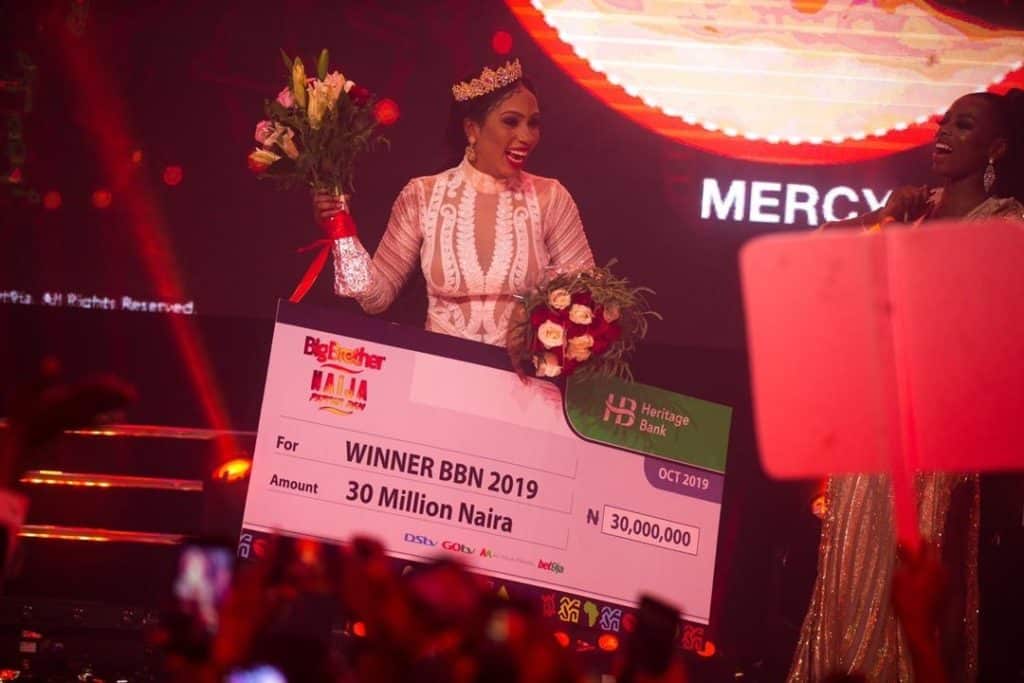 Seyi and Tacha developed a friendship following their fake eviction from the show. But the friendship would later start to fray around the edges and eventually collapse following a heated conversation after a Saturday night party.

When Ebuka quizzed the pair about the misunderstanding during the live eviction show the following Sunday, Seyi described Tacha as a “silly little girl who tries to act gangster.”

Taking a swipe back at Seyi, Tacha described him as a drunk, adding that Seyi had not achieved what she had at age 23. This set off a heated conversation on Twitter with fans laying out a side-by-side comparison of both housemates at 23.
9. Mercy buying immunity

If there’s anything fans of the Big Brother Naija Pepper Dem season know, it’s that Mercy loves to win. They also know that Ike loves his money and Bet9ja coins. It was this winning streak that led Mercy to ask her love interest, Ike, to give her coins, which she strategically used to purchase immunity and secure her place in the finals. Asides from cementing her place in the finals, fans also discovered the depth of feelings Ike had for Mercy to have donated his coins to her. 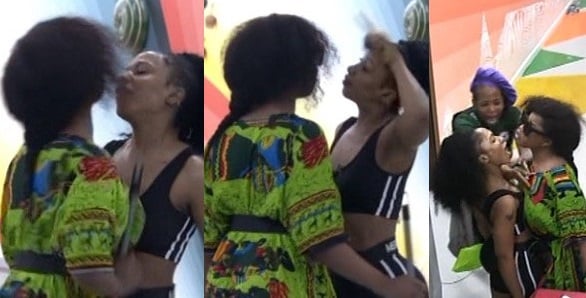 The mother of all moments has got to be the fight between Mercy and Tacha which led to the latter’s disqualification from the show. Mercy had flicked her hair in Tacha’s face during a heated argument between the pair, which led Tacha to pull Mercy’s hair. In spite of being a hot favourite after surviving several nominations, Tacha was disqualified from the show – less than 10 days from the end.

Rewatch all the unforgettable moments on Showmax at https://www.showmax.com/eng/tvseries/wduy8mtf-big-brother-naija