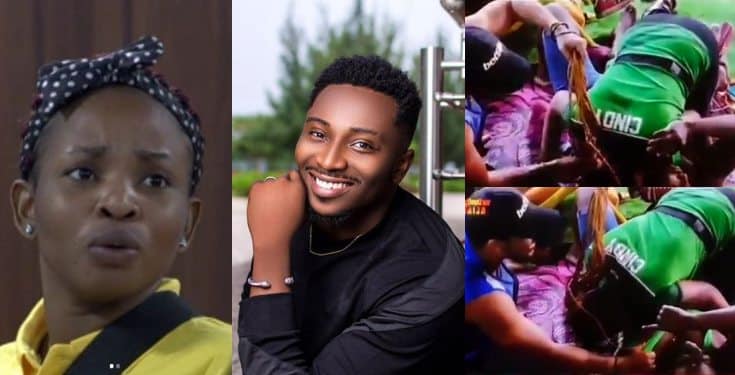 Recall that Cindy was introduced to the house during BBNaija twist as one of the five new housemates alongside Enkay, Venita,Joe and Elozonam

Cindy, since her entrance into the reality show, has been criticised and described by some BBNaija fans as ‘local’ and not posh like other housemates.

However, Leo had defended Cindy, describing her as a representation of every average Nigerian lady who is not ashamed of her background.

Cindy who has never been caught up in an intimate relationship on Friday night kissed Sir Dee during a game in the garden.

Cindy kissed Sir Dee from his legs upwards to his waist and played with his nipples which caused a rousing moment in the house.

It is not certain if Cindy has interest in Sir dee as she chose him over Omashola.

Please Share this on:
#BBNaija: “Nengi acts opposite of her looks” – Dorathy says