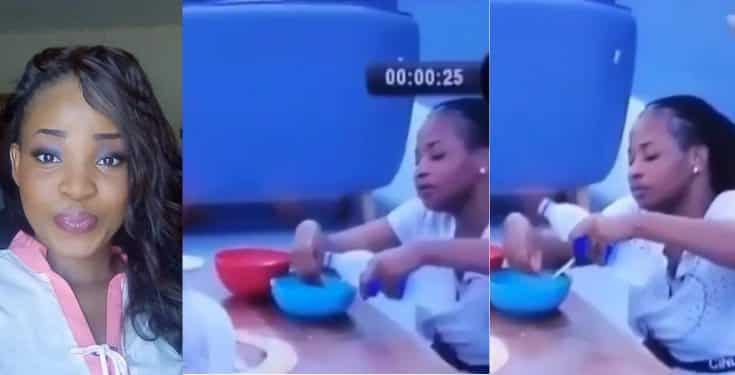 Big Brother Naija housemate, Cindy was filmed washing her hand in her food bowl after eating, an act that many considered disgusting, and this led to a debate online as people argued whether it is appropriate or not.

The housemate was filmed eating at a table with other housemates. When she was done, she washed her hand into the plate used in eating.

The video was shared by a number of Twitter and Instagram users as they called her out for it, saying it’s a disgusting behaviour and she should have had a separate bowl for that or use the sink.

But some defended her and said there’s no harm in what she did, as long as the plates will be washed afterwards.

See some comments below. 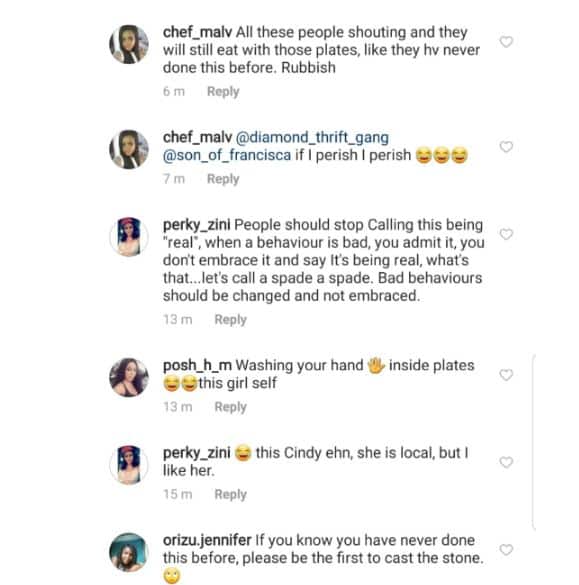 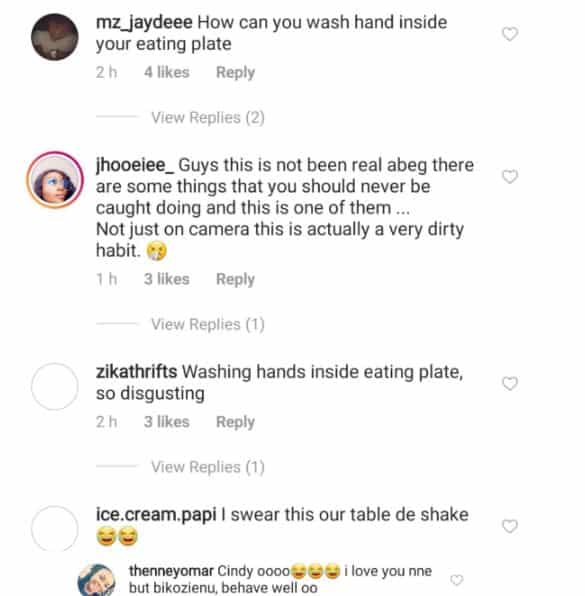 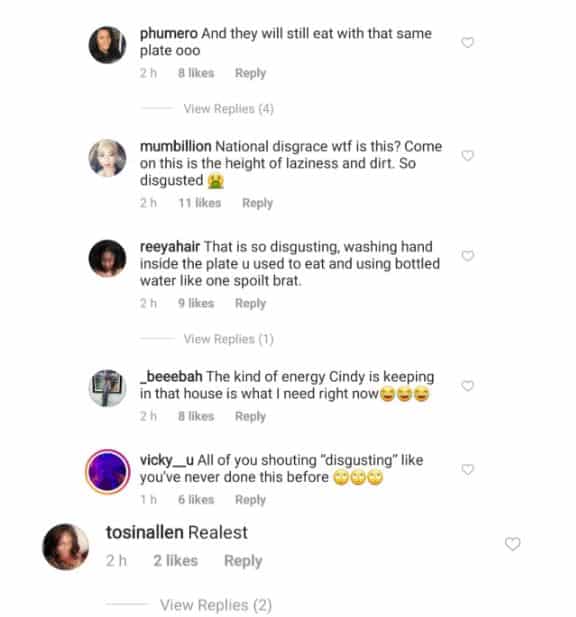 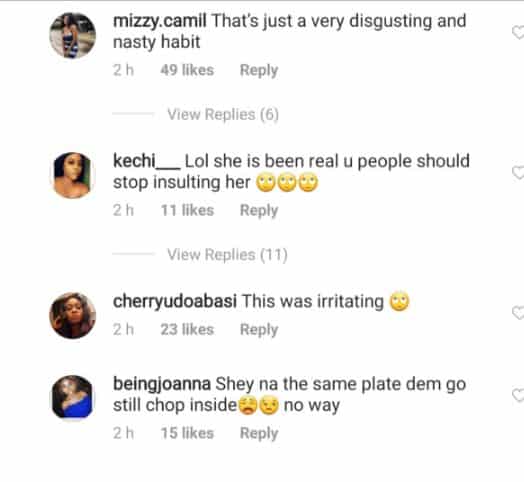