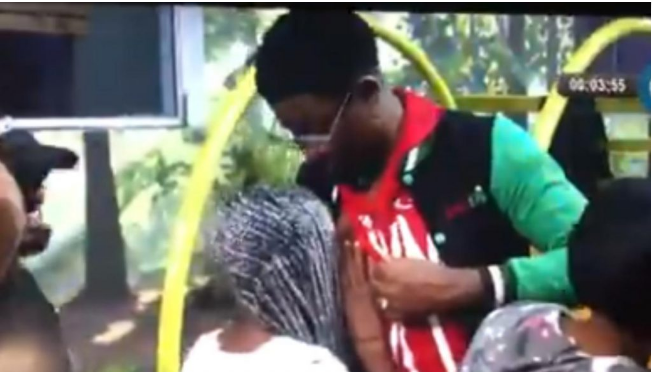 Diane and Seyi in Truth and Dare game

2019 Big Brother Naija show on Tuesday was lit as the housemates engaged in a game of truth or dare during the show.

The interesting part of the show, however, was when the housemate dared Diane to suck on Seyi‘s nipple.

With courage, Seyi walked up to Diane with his button opened.

Read: BBNaija: Khafi Is A Sex Addict, She Disturbs Me Every Night For Knacks – Gedoni Reveals

Diane in return had no problem sucking on his nipple as she did it effortlessly before Seyi went back to his seat.

Watch the video of the session below:

Please Share this on:
BBNaija 2020: Why Prince started relationship with Tolanibaj – Vee