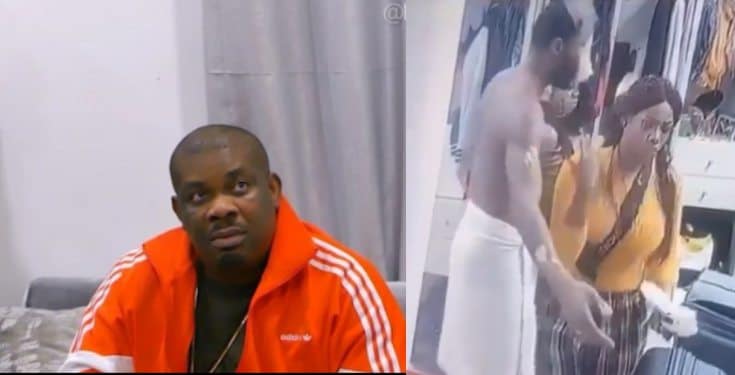 A mild drama ensued between housemates, Mike and Tacha after the Saturday’s party. Tacha who almost got physical, hurled abusive words on Mike for simply getting drunk during the party.

However, Tacha’s outburst has prompted reactions on social media and most notably, Don Jazzy, an avid follower of the reality TV show, frowned at her behavior.

“Tacha is being really disrespectful to Mike now. distasteful

Its not nice how the girls are quick to start abusing the guys sha. any small thing shut up idiot get out fuck off stupid fool do your worse. na wa oo.”