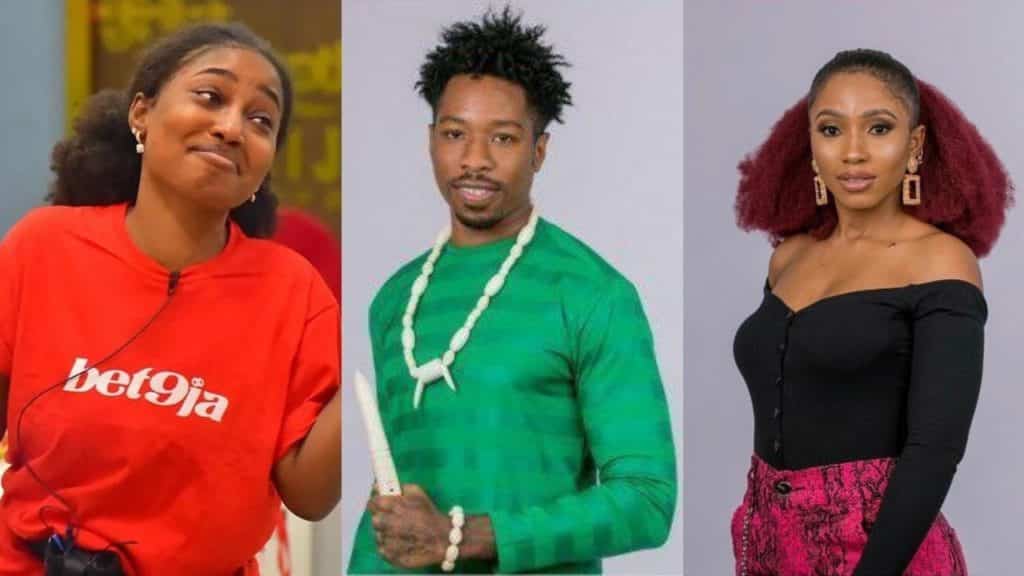 Pepper Dem Housemate, Esther had her stolen Bet9ja Coins returned to her this morning. The Coins which went missing on Friday after the Bet9ja Arena Games were found in her cap inside the dressing room.

The Coins were not the only thing that returned to her as a note was discovered alongside the BB Naija currency. When Esther read the note, it said: “prank is over, thank you for waiting, be more careful next time”.

In a bid to determine who wrote the note, Sir Dee and Seyi took a careful look at it to determine the type of ballpoint pen used to write the note. Let’s just say after a while, they concluded that the person involved will soon be exposed. Do we hear an Amen from Esther?

And It Rained Insults

Esther was supposed to be thankful for the benevolent spirit a.k.a Coin burglar who returned her Coins right? Well, that was not what happened. After expressing her thanks, Esther launched into a tirade of insults that would make anyone question their existence in life. According to her, the theft of her Coins toyed with her emotionally and she could not help but vent. Recall that when she was robbed, Esther remained very calm so if she wants to be expressive now that they have been returned, all we have to say to her is- baby girl, let it out.

Half Is Better Than None

True, the Coins have resurfaced, but there was a catch. Out of the 380 Bet9ja Coins that were stolen, 330 made their way back to her leaving a deficit of 50 Coins. Apparently, Esther is an all or nothing person so the incomplete return of her currency annoyed her greatly as she said: “the person is still a thief as the whole amount was not returned”. It appeared that the ‘takers’ took their share or what do you think?

We are certain that Esther has learnt her lesson but this isn’t the last we will hear of Coins theft in the House. So, who’s next to get ‘pranked’?

Watch Esther’s reaction as she finds her Coins