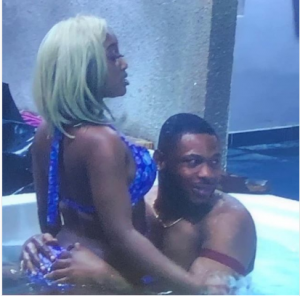 The duo who were merged for a presentation went on to wow the judges after Esther walked up to Frodd and gave him an intense kiss.

However, many believe that Frodd is too emotionally involved with Esther but she doesn’t reciprocate the feelings.

READ ALSO: BBNaija 2019: “Frodd And I Are Cool” – Esther Opens Up On Their Relationship

This got mixed reactions from viewers on whether Esther is playing with his feeling or she is beginning to have feelings for Frodd.