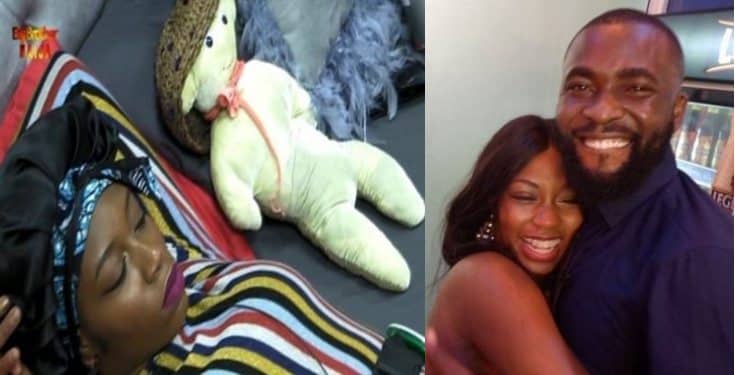 Ex-BBNaija housemate, Gedoni has sent a lovely message to his boo in the house, Khafi Kareem.

Gedoni who was evicted alongside Jackye from the show on Sunday apologised to Khafi for not always standing up for her then he went on to say, ‘i love you from the bottom of my heart’.

Gedoni sends a message to Khafi. Such a cute video #BBNaija pic.twitter.com/AN3Ltj3cak

Recall that Gedoni had previously revealed that he and Khafi never had sex in the house unlike everyone believed saying she does not deserve all that is been said about her.

ALSO READ:   BBNaija: Khafi is a sex addict, she disturbs me a lot – Gedoni (video)

Gedoni who was shockingly thankful after he was evicted as he knelt down to say Thank God had also addressed why he did that because many believed it was because he felt he is now freed from Khafi choking him.