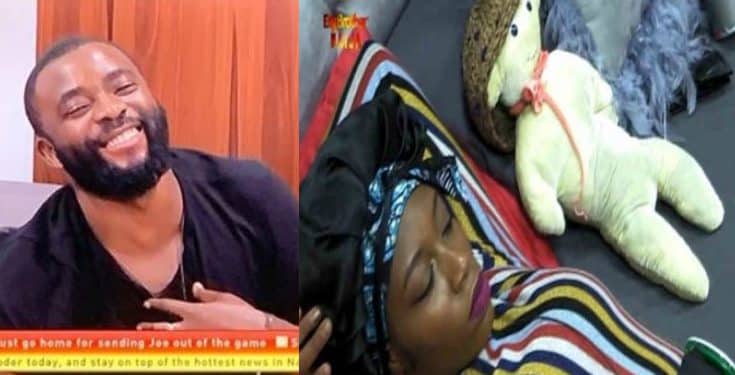 It appears Big Brother Naija (BBNaija) housemate Khafi has found another companion since the eviction of her better half, Gedoni.

Gedoni’s journey in the Big Brother house ended on Sunday, August 25, for having one of the lowest number of votes.

Since then, the tears keep flowing as Khafi seems not to have gotten over the pains of seeing the fashion designer leave the house.

Khafi had earlier told Cindy that she feels lonely that her stress reliever and boo was evicted from the ‘pepper dem’ house.

ALSO READ:   BBNaija: ‘Pray For Frodd’ – Fans react as Esther makes a move on him (Video)

Recall that Khafi and Gedoni over time stirred reactions on social media, as a result of their frequent engagement in sex.

Just when we thought the Head of House feat was a consolation for the police officer, Khafi was spotted brooding on Tuesday afternoon.

As Khafi lay on the bed she shared with Gedoni, a teddybear-like object wearing the fashion designer’s cap was seen lying close to her.

Perhaps the object is another representation of her lover. 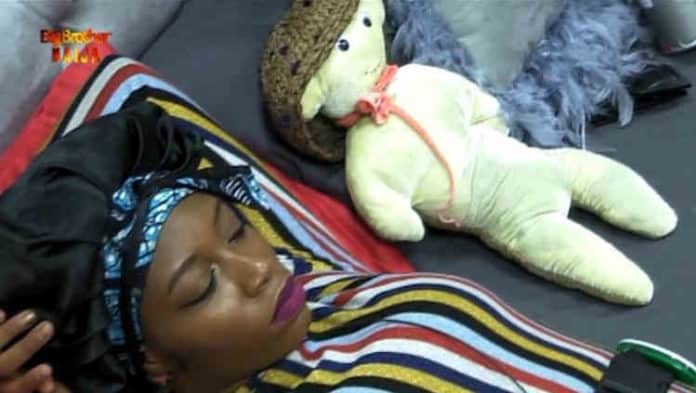