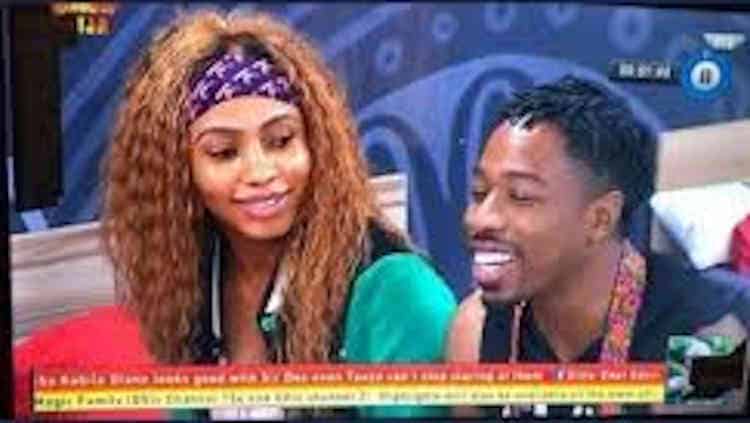 The gangster couple of the “Pepper Dem” edition of 2019 BBNaija, Mercy Eke and Ike Onyema have won two million Naira in the “Munch it” challenge.

Report has it that the couple tagged “MerIke,” also won dinner in a canoe and were treated to an in-house dinner by Biggie on Saturday.

The “Pepper Dem” gang took on the “Munch It” Challenge to test the Housemates’ creativity, wit and dance moves.

The first task was the ‘Munch It’ Art Challenge. Housemates were asked to create a stunning piece of art using Munch It.

The fun part of this Challenge was that while one Housemate created the art the other partner was given the freedom to distract the other Housemates.

ALSO READ:   “I never knew I will end up with Teddy A” – Bam Bam speaks on engagement

The Dance Challenge was next as Housemates picked a dance direction from Cultural, Contemporary and Hip Hop Dance.

The Housemates developed a comprehensive dance choreography based on their chosen direction and also in line with the Munch It song, both dressed in the same onesie.

Ike and Mercy, on their part, had issues that had more to do with personal issues than the dance.

Frustrated by their unimpressive dance moves, Mercy expressed that she was tired and insisted that she would rather play the game alone. She also rebuffed Ike’s suggestion of stealing dance moves.

Shortly after, superstar Dance Choreographer, Kaffy paid a visit to the House to show the Pepper Dem gangways to choreograph their moves.

Kaffy took time to coach and give each of the Pepper Dem pair dance tips in their quest to deliver a spectacular show.

Despite the challenges the MerIke pair had, they emerged winners of the Munch It challenge as they received the highest votes.