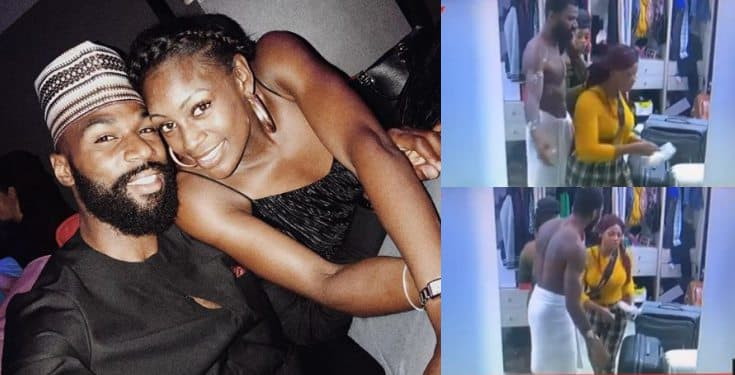 Perri Shakes-Drayton, the wife of Big Brother Naija housemate, Mike has reacted after he was insulted and pushed by his fellow housemate, Tacha.

The drama occurred just after the Saturday night party in the Big Brother House.

While they were in the changing room, Tacha picked on Mike and other guys for getting drunk at the party. During the altercation, Tacha insulted Mike, pushed him and then threw tissue at him before dragging Omashola into it. Watch the video here.

Addressing the issue on Instagram, Mike’s wife, who is a British track and field athlete praised her husband for how he handled the situation, despite the ‘obvious hate and being wrongly treated and rudely spoken too by certain individual housemates.’

Read what she wrote below.

That one time when you’re not tuned into the show and you return to see all kinds of drama involving Mike inside the house.

REGARDLESS of the OBVIOUS hate, being wrongly treated & being rudely spoken too by certain individual housemates. We all know alcohol can bring out different sides of a persons personality. I admire and love how Mike can handle himself in certain situations. I think if it were someone else the outcome could have been worse.

Life is a teacher and there are people that will always test you just to get the reaction they’re looking for. Thing is it’s how you react that shows true CHARACTER & what makes you the BIGGER person.

In my husband’s defence which I had no doubts about, he handled himself well with composure as always because he was raised to be a true gentleman!! #teammike #bbnaija 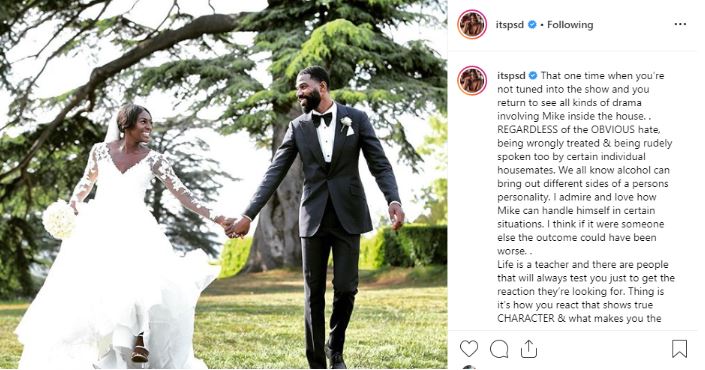