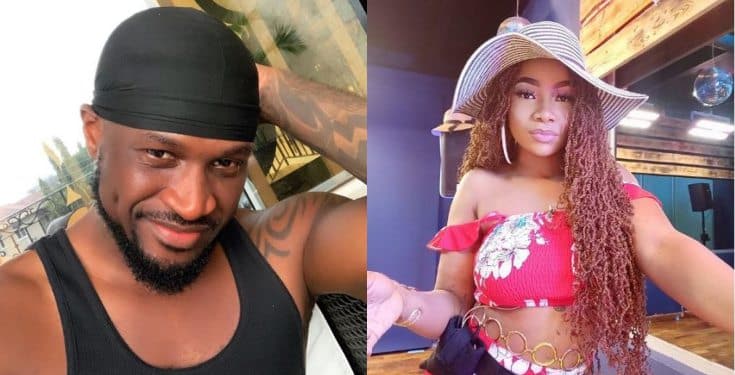 BBNaija housemate, Tacha, can be described as one housemate who has managed to remain controversial. Due to what many describe as her arrogant and rude behaviour, she continues to receive backlash and criticisms.

Well, it appears all of these things have done little to stop Peter Okoye’s unwavering support for the Rivers-born housemate.

He recently took to social media to announce that Tacha will get an endorsement deal with him after her stay in the Big Brother Naija house.

The singer made this known after a video of Tacha’s fans campaigning for her in the streets of Port Harcourt surfaced online.

In the comment section, Peter wrote, “All I can say for now is ……My dear Tacha….. My management awaits you.” 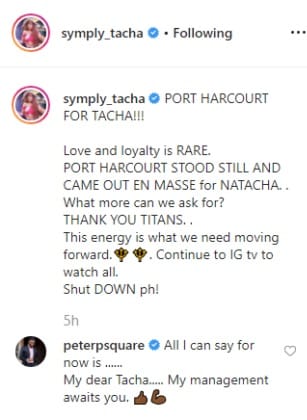