Big Brother housemates, Ike and Mercy were caught on camera playing on the bed. 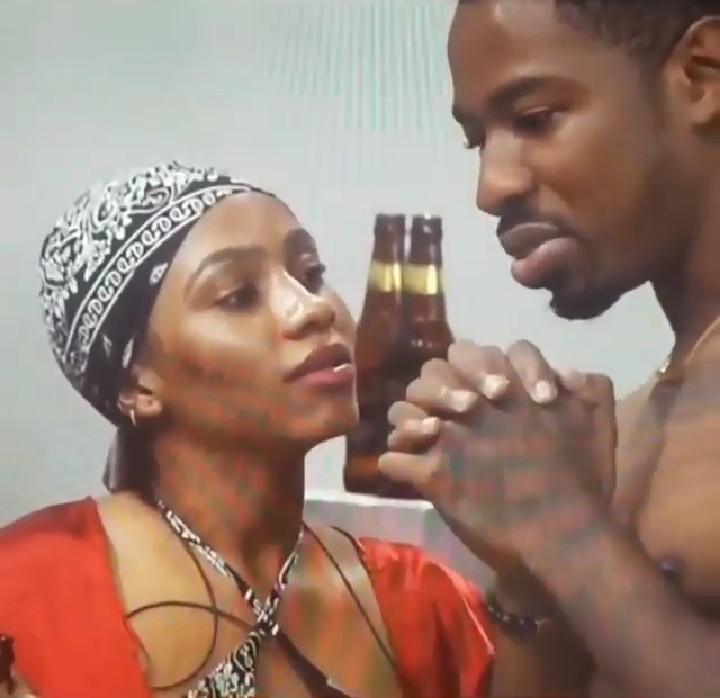 Mercy, however, beckoned on Ike, who tried pinning her down on the bed, to stop as she kept lamenting that her skin had turned red due to the way he handled her.

The video vixen then blurted out:

“Its too rough, the day this boy will fuck me eh, the whole world will…”

Information Nigeria recalls other housemates, Seyi and Tacha, who seemed to have bonded in the secret room, had a short rift when the former chose another female housemate, Esther, to share the room with.

The two appeared to have reconciled over a romantic hug at the luxury Head of House (HOH) room.

Please Share this on:
#BBNaija: “Let’s be friends” – Dorathy apologises to Nengi, reveals why she distanced herself