BBNaija 2019: Thelma and Omashola fight after he barged into the bathroom (video) 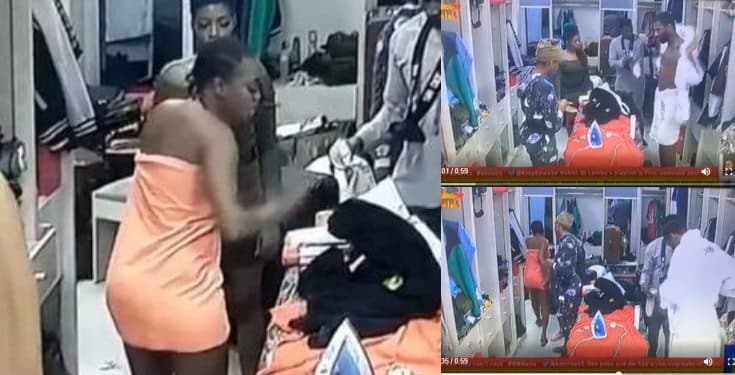 Big Brother Naija 2019 housemate, Thelma on Saturday night ‘threw’ insults at Omashola for forcing himself into the bathroom while she was naked.

Omashola who was alleged to be drunk after Saturday night party forced himself into the bathroom. It is not clear if he saw Thelma naked taking a shower.

Angry Thelma screamed and insulted Omashola, saying he won’t be respected in the house going forward.

However, Omashola later went up to Thelma and apologized blaming alcohol for his actions.

ALSO READ:   BBNaija 2019: Mike Does Not Own Rolls Royce, He Is Not Rich, Fan Claims

“I messed up by forcing myself in the bathroom with you, I’m sorry.