Controversial media personality, Toke Makinwa has taken to her social media page (Twitter) to air her opinion about Gedoni and Khafi’s relationship. 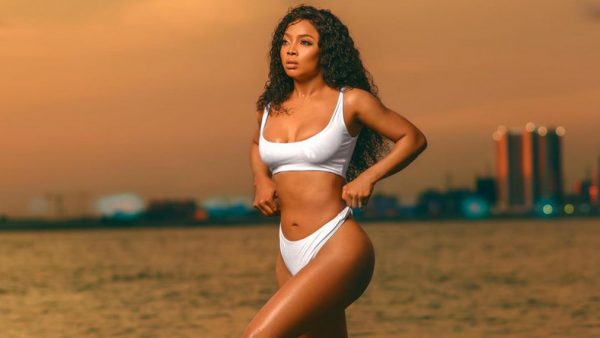 In her opinion, Gedoni is only taking advantage of his fellow housemate, Khafi, because of how she comes across to him.

Toke Makiwa, who revealed she just caught up with Khafi’s dairy session with Biggie for the first time, feels she needs to be tough. According to the OAP, the world is a hard place and Khafi needs to toughen up.

She offered to be a guest in the big brother house so she can have an opportunity to talk to Khafi.

See her tweets below

Soooooo last night I caught Kafi’s diary session with #Biggie and I just wanted to give her a hug, I only just started watching the show and I might be late to the party and all but she needs to speak to a professional counselor #BBnaija

No one likes feeling rejected or excluded but baby the world is a hard place, Kafi needs to toughen up. She seems like such a sweet girl, she really needs to focus on her strategy and leave that boy alone #BBnaija

Hearing her talk about growing up and feeling bad every time she’s excluded or looked over broke me, so many unresolved issues from our childhood come back to haunt us as we grow and become more, this life is tough, you gotta be tougher Kafi, #BBnaija

She’s got to be tougher mannnn, you cannot be everyone’s favorite, he picked someone else, so what???? He excluded you? So what??? She needs to shine her shine she focus #BBnaija

This one is beyond the Dick, home girl has unresolved issues of wanting to be accepted, I could give her a hug https://t.co/ulnngaUypK