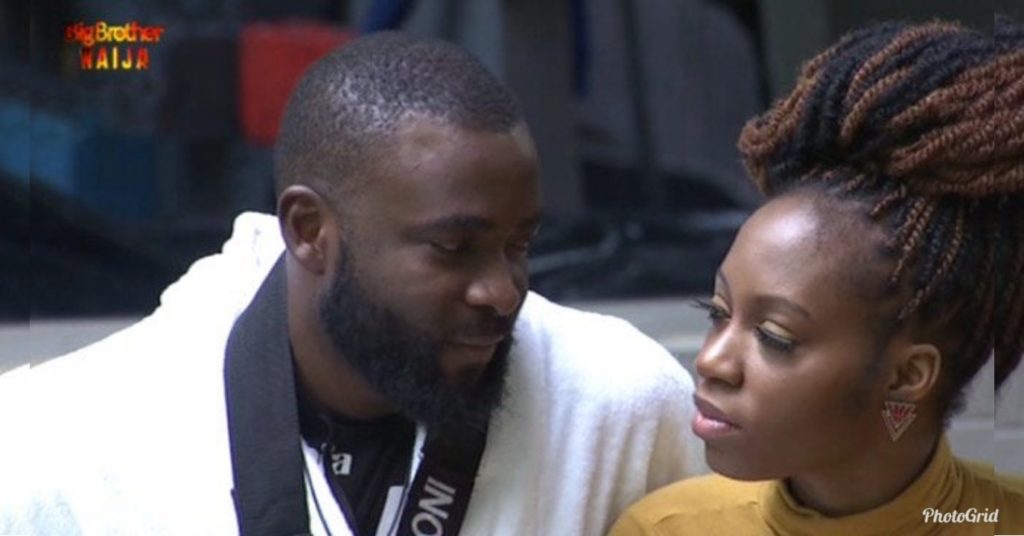 Just few days after Gedoni and Khafi were spotted under the duvet, the Big Brother Naija lovebirds’ relationship seems to be getting heated up.

It appears being up for eviction was enough to make the housemates finally acknowledge the growing chemistry between them.

In a recent video currently trending on social media, the couple, who can’t seem to get their hands off each other since they escaped eviction, were seen in bed having a conversation which eventually led to their first kiss.

The couple, who were also spotted cleaning the house together this morning, have set the social media on fire after Khafi asked fellow housemate, Gedoni if he was going to wait for her.