BBNaija 2021: I wish I could bring back Saskay — Cross 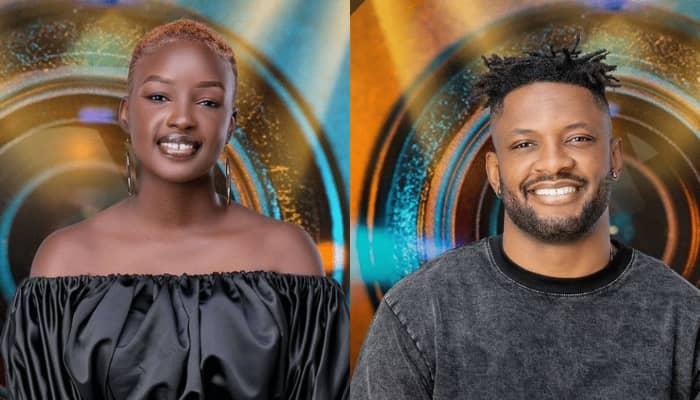 Big Brother Naija housemate, Cross has expressed his wish to bring back Saskay if he had the power.

Cross disclosed this during his diary session on Tuesday.

Sounding like a knight in shining armour, he said: “She told me that she doesn’t know anybody and I can relate to that. Saskay is very smart and very creative.

If I could bring one person back, it would be Saskay. I think Saskay needs to come back, because I want her to have her ground. I noticed she started opening up more.”

On why he had made it this far in the House, Cross said the grace of God as he has no strategy to keep him in the game.

“I didn’t have any strategy. I was just myself and the fact that I have lived with many people; I have learned how to know when to come around people and when not to.

“I like listening to people and I will never use what you’ve told me against you.

“I think this was how I maneuvered my way from the beginning of the show. I am a happy kid and I always put excitement first when I come into a room.”

He also spoke about the one thing he misses the most.

He said the evictions, last Sunday, made him feel like he had reached his mark on the show.

According to him, he would have picked Angel as the Head of House if he had won ultimate veto power.

“Although she is not particularly good with games, but I have a soft spot for her.”
He added that he would have picked Pere as Deputy Head of House and “Pere is always misunderstood but he has all it takes.”

The post BBNaija 2021: I wish I could bring back Saskay — Cross appeared first on Vanguard News.