BBNaija: 5 things you missed at the 11th Saturday Night Party 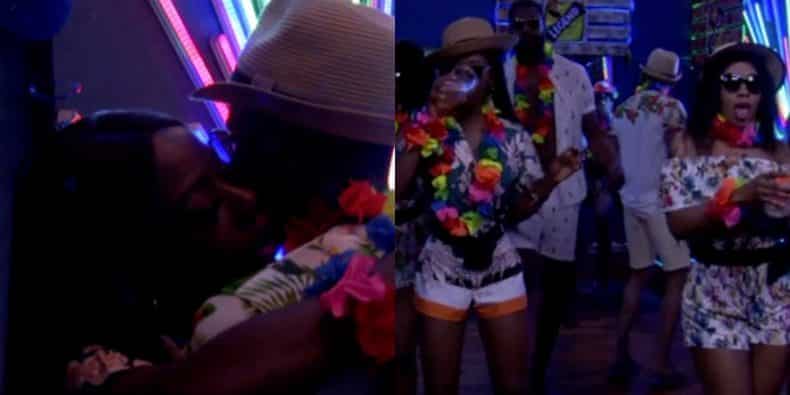 For the 11th Saturday Night Party, which took place on September 14, 2019, interesting activities went down in the club.

As always, Khafi, Mercy, Cindy, and Tacha danced to DJ Sparrow’s wizardry on the turntables during the 11th Saturday Night Party.

The 11th Saturday night party has seen viewers rating it as the Carribean themed party because of the outfit of the housemates. 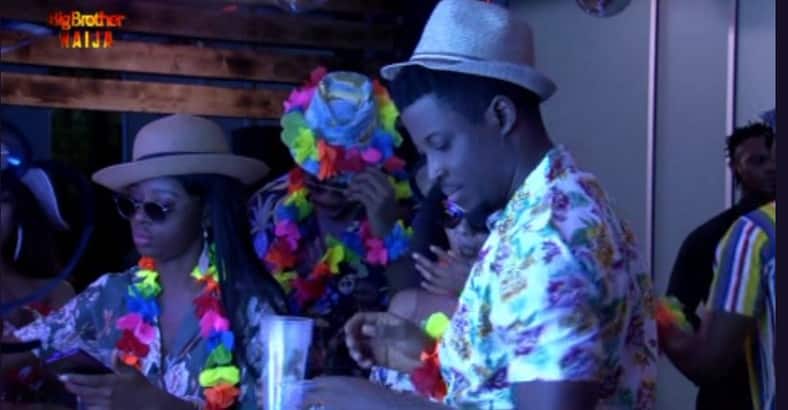 Here are five things that happened at the 11th Saturday Night Party that you might have missed. 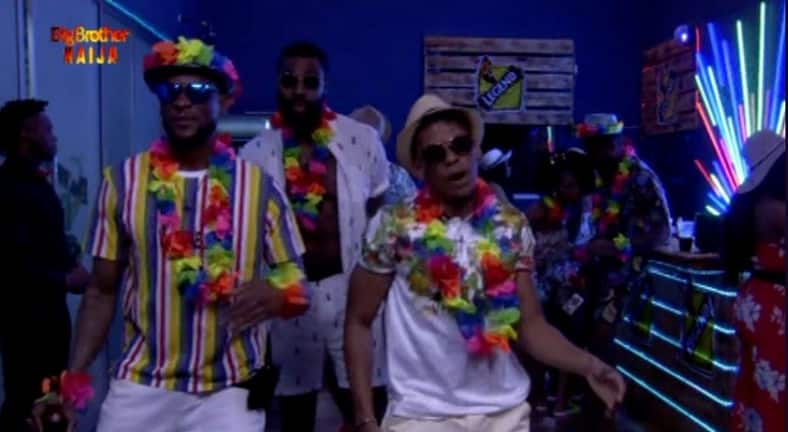 As usual, the Saturday Night Party had everything including good music from DJ Sparrow. The mirror crew led by Tacha, Cindy, Mercy, Diane, Elozonam and Khafi took their time to dig it on the dance floor. In the same vein, the housemates, who have now become a regular caller at the bar, Omashola, Frodd, Mike, Seyi, and Ike also had turn throwing inaudible banters around.

2. The Couple in the corner 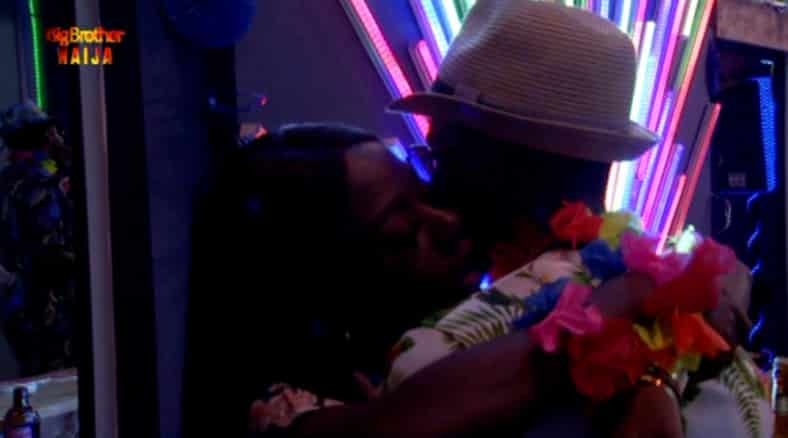 Diane and Elozonam are one pair that seems to have everything going on just fine. Diane, who is currently the reigning queen for planning a lit Friday night party and suggesting the theme for the Saturday Night Party, took out time to enjoy herself at the 11th Saturday night party.

She got herself busy with Elozonam in their corner dancing to the songs been dished out by DJ Sparrow and grinding hard against Elozonam on the dance floor. 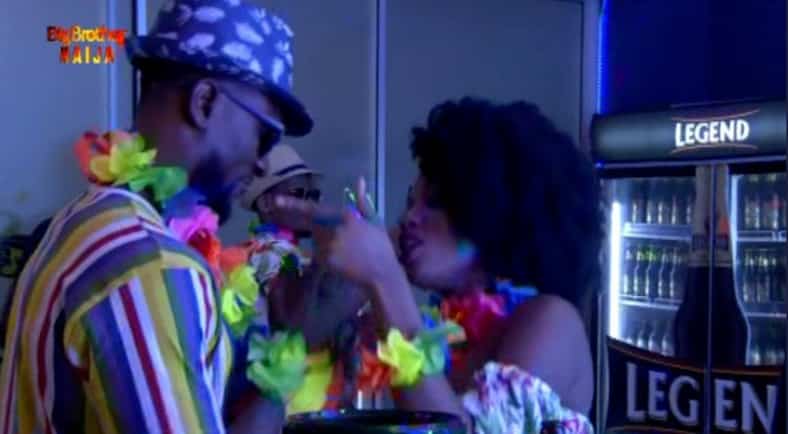 For the fourth week of close friendship, Khafi and Tacha are going and growing strong. The bond between the pair remains what viewers now look forward to as friendship goals. The two also displayed why they have remained strong as they danced together and took out time to discuss inaudible strategies. 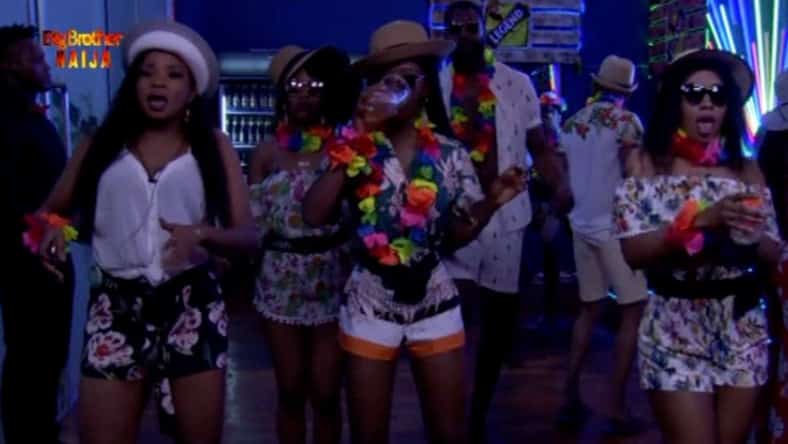 Six days after emerging the Head of House, Cindy has joined Mercy’s twerking team. Cindy threw all her worries into thin air and danced like no tomorrow at the Saturday night party. She joined Lamborghini Mercy as a glorious twerker with nothing but a vibe. 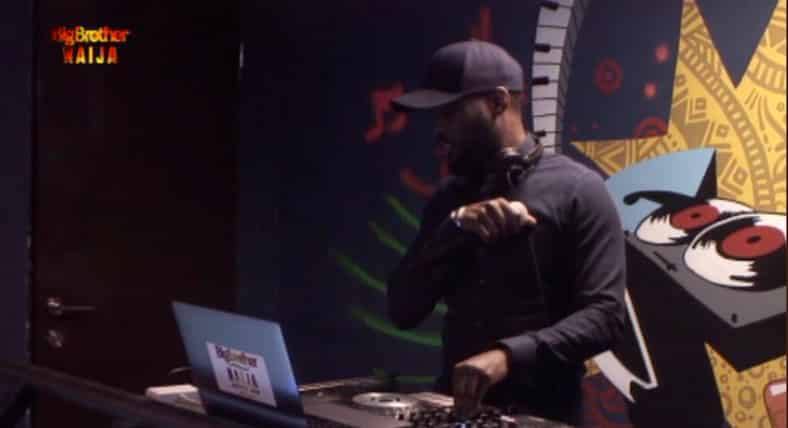 Though Ike and Mercy have a little tide disturbing their ship, the pair is focused on winning the game. Though Ike was interested in having some extracurricular activities with Lamborghini Mercy, the TV presenter set him straight and told him it was time to discuss a new strategy.

The main topic on the agenda was Frodd asking Diane for Bet9ja coins. Frodd gave Diane meat to soften her up so she can surrender some of her coins to him but this didn’t work as Diane ended up revealing the Slow Tiger’s plot to Mercy. This was not the first time Frodd has done this as he also asked Cindy for coins to buy himself Immunity.

BBNaija Star, Mercy Eke Steps Out In Church To Give Testimony (Video)

In his Diary session on Monday, September 9, 2019, Frodd asked Biggie for clarifications on the details of Immunity buying.