BBNaija: ‘90% of y’all hating on Tacha are still broke and poor’ – Jaywon 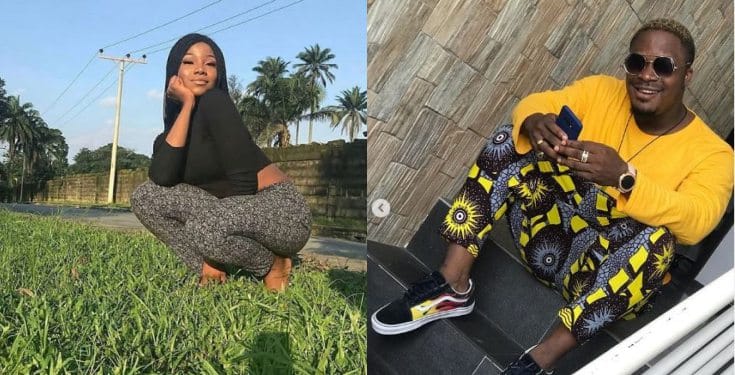 Recall that Tacha was disqualified for physical violence during a fight with fellow housemate, Mercy. Mercy, on the other hand, was issued two strikes by Big Brother for not stepping away from a volatile situation

Jaywon who is a staunch supporter of Tacha during her stay in the house, stated that 90% of her haters are still broke and poor.

“90 percent of y’all hating on tacha are still broke and poor. No be she be your problem!! I Dey my house! Talk shit and get blocked 👌🏽👌🏽👌🏽” 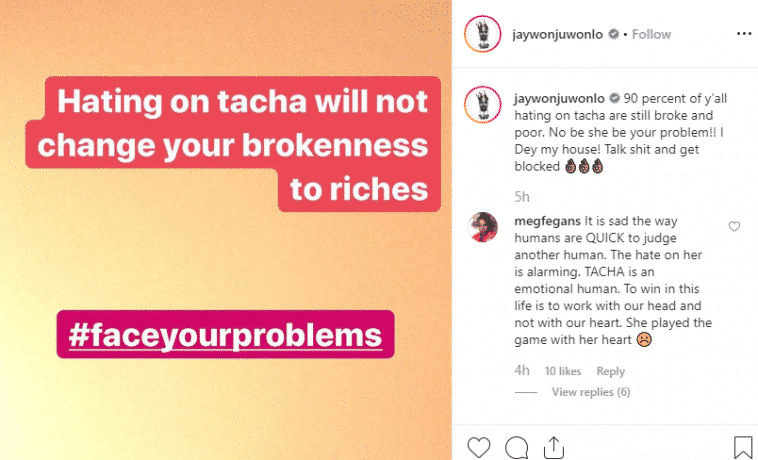 In another post where he shared a picture of Tacha, he wrote;

“Time will tell. Go girl!!!! Some of you people girl friend’s and sisters get worse attitude pass her. Say una don kill them since ?? We Dey here!!”