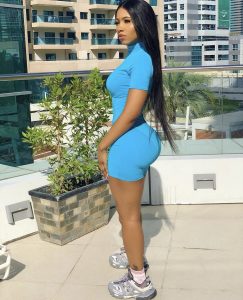 Tacha is not the only one winning the battle of popularity after the outburst which surfaced between Mercy and her on Friday.

While numerous people have started throwing cash at Tacha who was disqualified after the melee, Mercy has gotten the attention of American singer, Blac Chyna, on social media.

Mercy was also issued two stikes as a result of the violent conduct which sent Tacha out of the house. 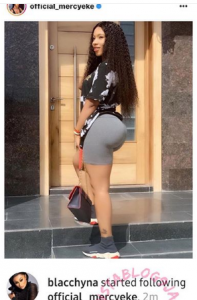