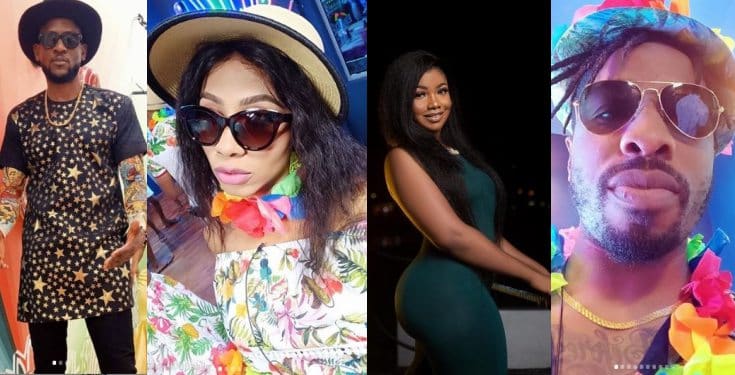 Big Brother on Sunday night cancelled all strikes issued to BBNaija housemates. Biggie announced this while the housemates were all gathered in the Arena.

This came as a surprise to all housemates as Mercy, Ike, Omashola and Tacha were seen jubilating.

Biggie told housemates: “Strikes and warnings have been cancelled. All is forgiven.

“It’s now a level playing field for the housemates.”

We had reported that Biggie on issued Tacha a second strike for disobeying BBNaija rules and undermining authorities.

Also, Mercy was given a stern warning for breaking Biggie’s mobile phone weeks ago, while Tacha and Joe were issued a strike.

Omatsola and Ike too were given strikes after they broke rules of the house.