We brought you all the highlights from #BBNaija Day 29: Life after eviction, Kaisha says relationships in the house are fake, bedtime turmoil and lots more… 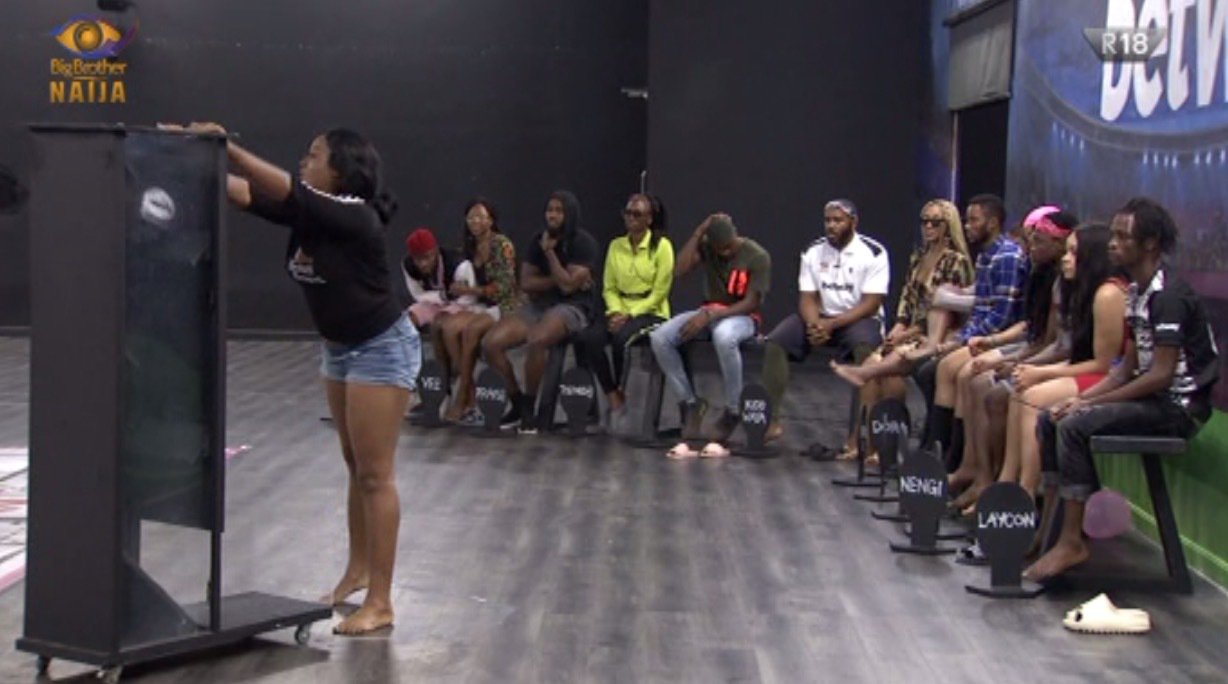 While working out Brighto points shares with Kiddwaya all the things he thinks don’t make sense about Neo. He believes that Neo is faking a lot of his character and that is why he wasn’t voted for by the public.

Today Biggie wanted to know who the Housemates would bring back to the House, take a look at ho misses who. 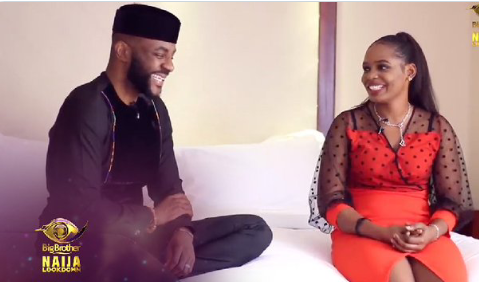 #BBNaija Gist: ‘I feel like their relationships are just fake’ – Kaisha

Kaisha sits down with Ebuka to explain why she thought the Housemates were fake from the very first Diary Session with Biggie, until her Eviction.

Game On with Kaisha: ‘Some people are being fake’ — Kaisha

With the most daunting day behind them, Kiddwaya, Brighto and Trikytee reflect and then look forward to the Head of House Challenge tonight. Survival is also on Lucy’s mind as she makes breakfast and discusses tactics to stay in Biggie’s House.

When it comes time to turn in there are many different issues that can arise, like where, how, and most importantly with who. Vee and Neo discussed these issues and Prince had to explain to Tolanibaj the reason behind his sleep related choices.

Day 29: Life after Eviction
After an intense Live Eviction Show, life gradually resumes back to normal in the BB Naija House.

The bottom four called up for Eviction last night had the Housemates partially shocked and left them wondering what they had to do survive suffering the same fate. Finding out that Housemates they thought would be fans favourite made them realise they really couldn’t predict what the viewers wanted.

What do they want again?

Erica asked, still confounded that Neo made the list of the bottom four. She believed Neo was one of the most entertaining Housemates in the House and wondered how he made the chopping block. This Neo thing is the one that has shocked me so far,” She reiterated still shocked that in spite of all the effort he put up to entertain the House, it still didn’t save him from the bottom four fate. “Just keep being yourself,” Ozo said in response. Praise who had also been up for Eviction pointed out to Neo that that’s how it feels.

The Housemates weren’t the only ones that were shocked at Neo being among the bottom four. A lot of you were too.

This Neo thing shock me, from nowhere.

Some of you felt he was responsible for his fate

E for shock Neo, the oracle has cooled down. Ruining his game with side talks and gossips #BBNaija

As for his fans, this was a call to put in more effort.

We really need to start voting for Neo, he doesn’t belong in the bottom abeg!! #BBNaijaLocdown pic.twitter.com/K4CZqWU8DB

One other thing that caught your eyes was the bromance between Ozo and Neo when he found out the latter wasn’t leaving the House. He must have been pretty frightened at the prospect of his friend leaving the House.

Neo and Ozo are this season’s premium bromance. Yes? #BBNaija

Shouting may not be the answer

After getting warned by Biggie for her outburst in the House, Nengi sat down to listen to wise words from Laycon on resolving confrontations amicably. Laycon advised that getting into a shouting match wasn’t the best way to go about solving issues. “No disagreement will be settled when you raise your voice,” Laycon said, making reference to the shouting match Nengi got into with Kaisha. The best move he stated was to spot trouble and walk away. Even though no matter how you try to avoid trouble, it will always come. The right thing to do was to walk away or let go.

Laycon always had an impressive way with words and this time again, he left y’all impressed.

Honestly laycon speak the truth,some hms love the fights,the standing /warning today,same as some viewers/ haters ,I pray my Nengi work out of trouble as lekan advised her,love you lekan .#bbnaija

You bring negative vibes to yourself

Nengi Hangs Out With Fans In Lagos (Video)

The wise words continued and this time, it was from Prince to Lucy. Both Housemates have always had a close friendship in the House and from time to time, Prince has offered Lucy words to help her get by in the House. Lucy’s fondness for pessimistic utterances gave Prince cause for concern and he made it known when he told her, “you bring negative vibes to yourself through the things you say”. “You say some things you should rather keep on the inside,” he further said. He referred to her constantly talking about being ready to be Evicted. This might be Lucy’s defence mechanism as she explained that it was safer to be that way and why she tries not to get attached after losing her first friend.

After the shock of the Live Eviction Show wore off, the Housemates took to teasing each other. Vee was the first one to get teased. Earlier when Neo was called up as part of the bottom, she was visibly shaken, and the tears weren’t too far. The Housemates recalled this, and Praise took a few jibes at her as he mentioned how grief-stricken she looked when she found out that Neo might be out of the House.

Not them mocking Vee pic.twitter.com/eB84SCXCMr

The Housemates remaining have survived another week in the House and as they enter the new week, the battle gets fiercer. How well will they do to convince people out there that they deserve to go beyond this new week? only time will tell.

Day 29: Sweating past the sadness
With passing Eviction has an impact on the Housemates and it shows everywhere, even n their gym work.

The impact that an event like an Eviction has can be seen in nearly every facet of the Big Brother Housemate’s activities and today’s workout was perfect proof. Here’s how Kaisha’s goodbye bye was felt long after it happened.

If mourning was expressed in lack of movement then perhaps Tolanibaj was taking it the hardest as she sat wrapped in a blanket, sitting against the wall for the majority of the gym session. Another group looking sombre was Laycon, Vee, and Nengi who also passed time by giving their resting muscles a workout by warming the bench. There was also an element of missing joy in the way Dorathy would mimic a few of the exercises the other Housemates were doing as she intermittently participated with an obvious lack of conviction. 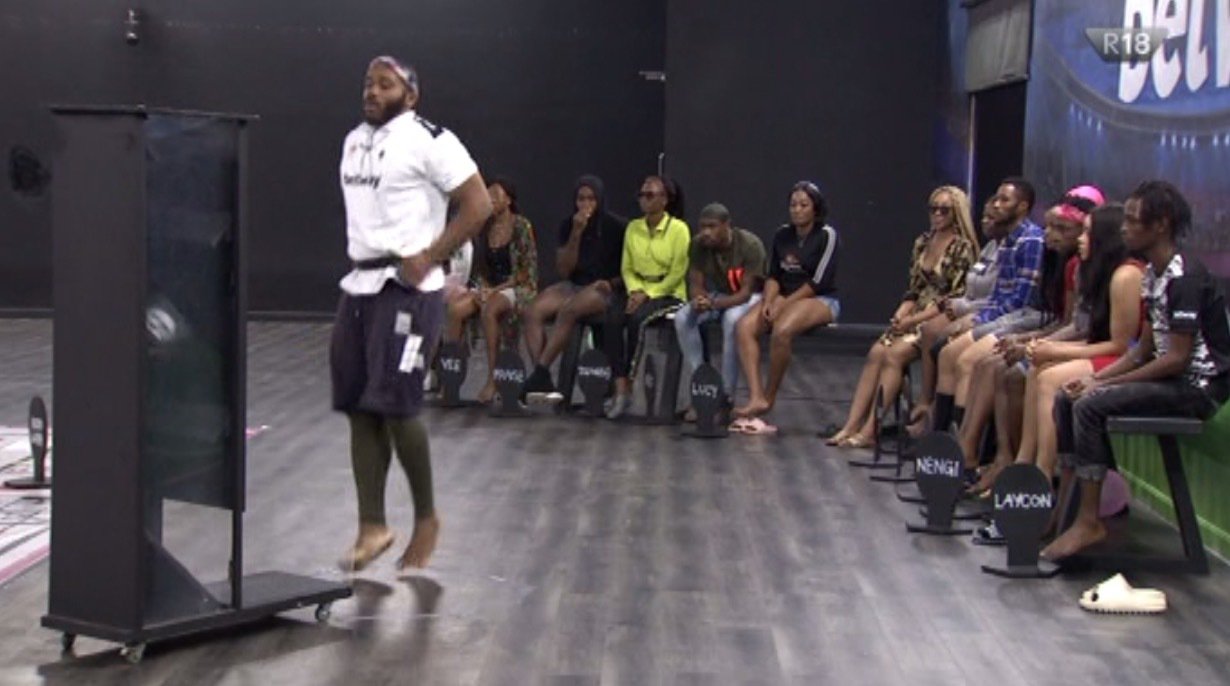 The usually active Prince spent the beginning of his work out relaxed before fighting himself to find the energy to do push-ups with Trikytee. Brighto also engaged in bodyweight exercises and like Kiddwaya he chose to sweat all on his own. Also exhibiting the need to be alone was Wathoni who used her gym time to walk laps at a brisk pace as if she was trying to get away from something.

If loss could be lessened by exertion then the activities that Neo, Ozo, Erica and later on Lucy engaged in would have left them feeling relieved. An extensive core routine was the order of the day, and when Lucy joined the party, Neo’s infectious spirit encouraged her to go from falling behind to leading the pack. Could it be that after Biggie’s warning yesterday, Lucy realised that she needs to take part more and argue less if she wants to extend her stay in the House?

Lastly, Praise had the most intensive work out of the entire group. He could be seen doing all manner of exercises. Perhaps he was influenced by his admission that his size had changed during the Diary Room session yesterday, and he realised what he needs to do about it.

Another session of sweat completed in the Big Brother House, even if it wasn’t a happy one.