Team Enigma won this week’s Wager in the Big Brother Naija House and as usual, we had some bittersweet moments that accompanied the win. While team Enigma was making a racket about their victory, team Legends were in all shades of pain (which they didn’t bother to hide) especially as Big Brother prepared their minds for a punishment they will serve. 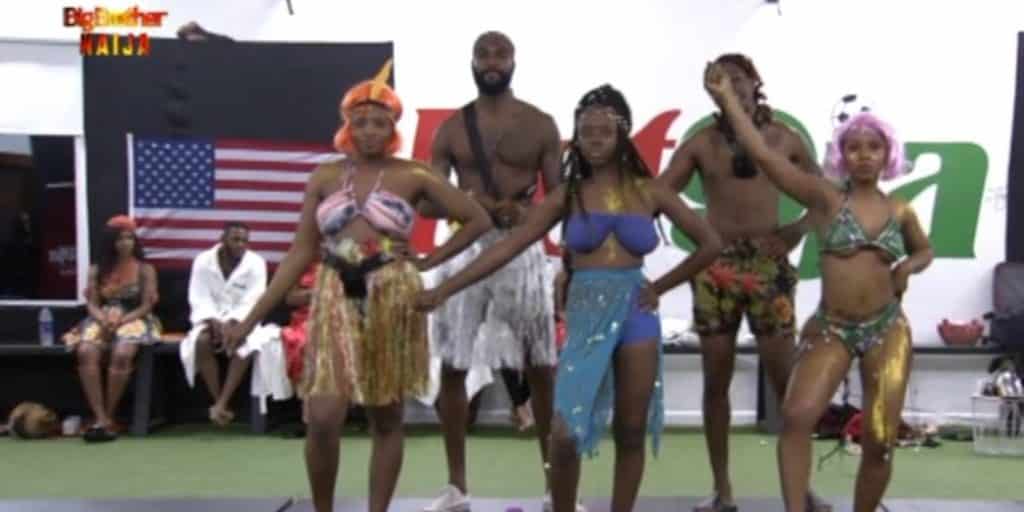 Someone’s In A Mood

Esther was really sad about her team’s loss though she didn’t open any floodgates of tears, her mood wasn’t upbeat either. Esther told Frodd that she couldn’t just snap out of it. Obviously, her misery was looking for company but Frodd anticipated this and encouraged her to move on. Anyway, one thing we know is that this tweet agrees that this is not a good time for Esther. 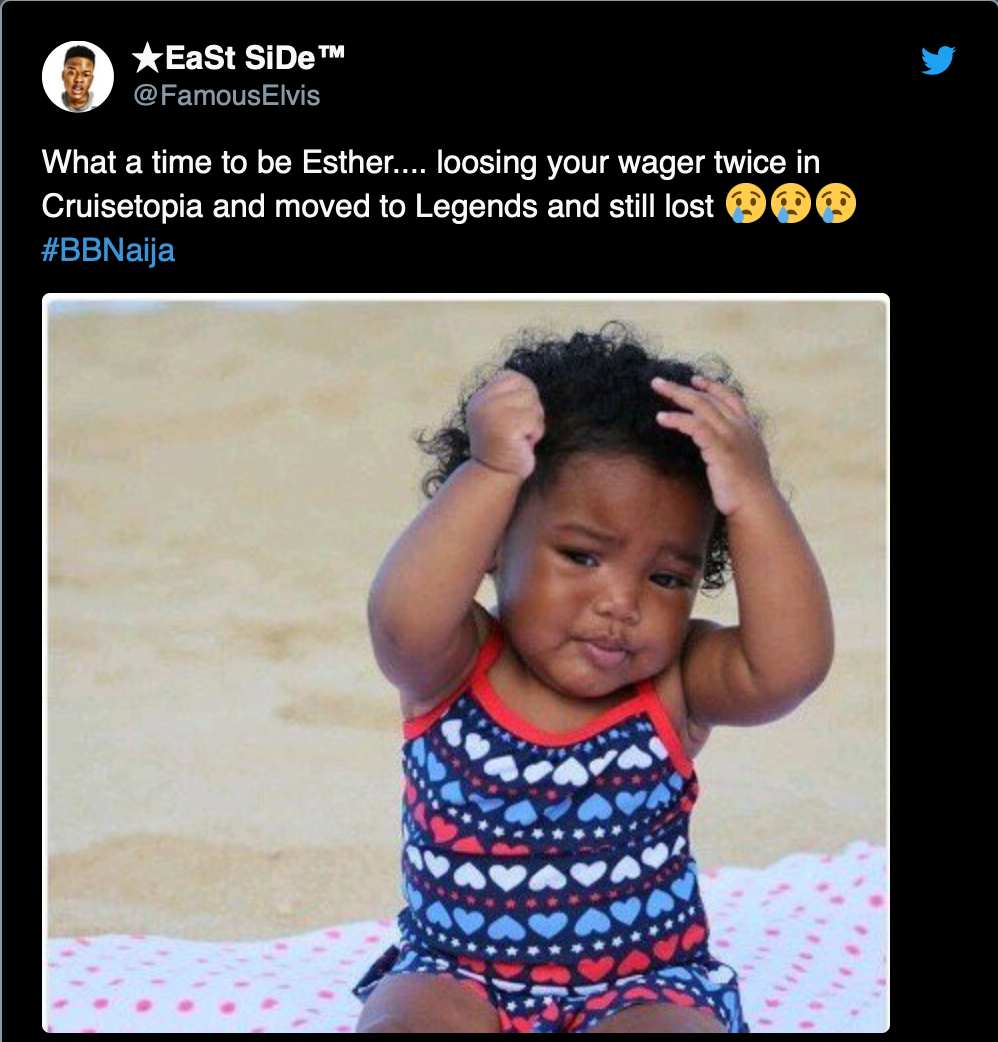 Rehearsal Is The Key To Success

While Omashola was schooling his team on the importance of rehearsals, Seyi was giving an appreciation speech to his team for presenting a performance that sealed their victory.

More often than not, we have seen teams who thought they put in their best for a Task but it turned out that their best was not enough. After the Task comes the blame game which at that point is quite unnecessary but who will tell them?

Here’s what these tweeps thought about their presentations 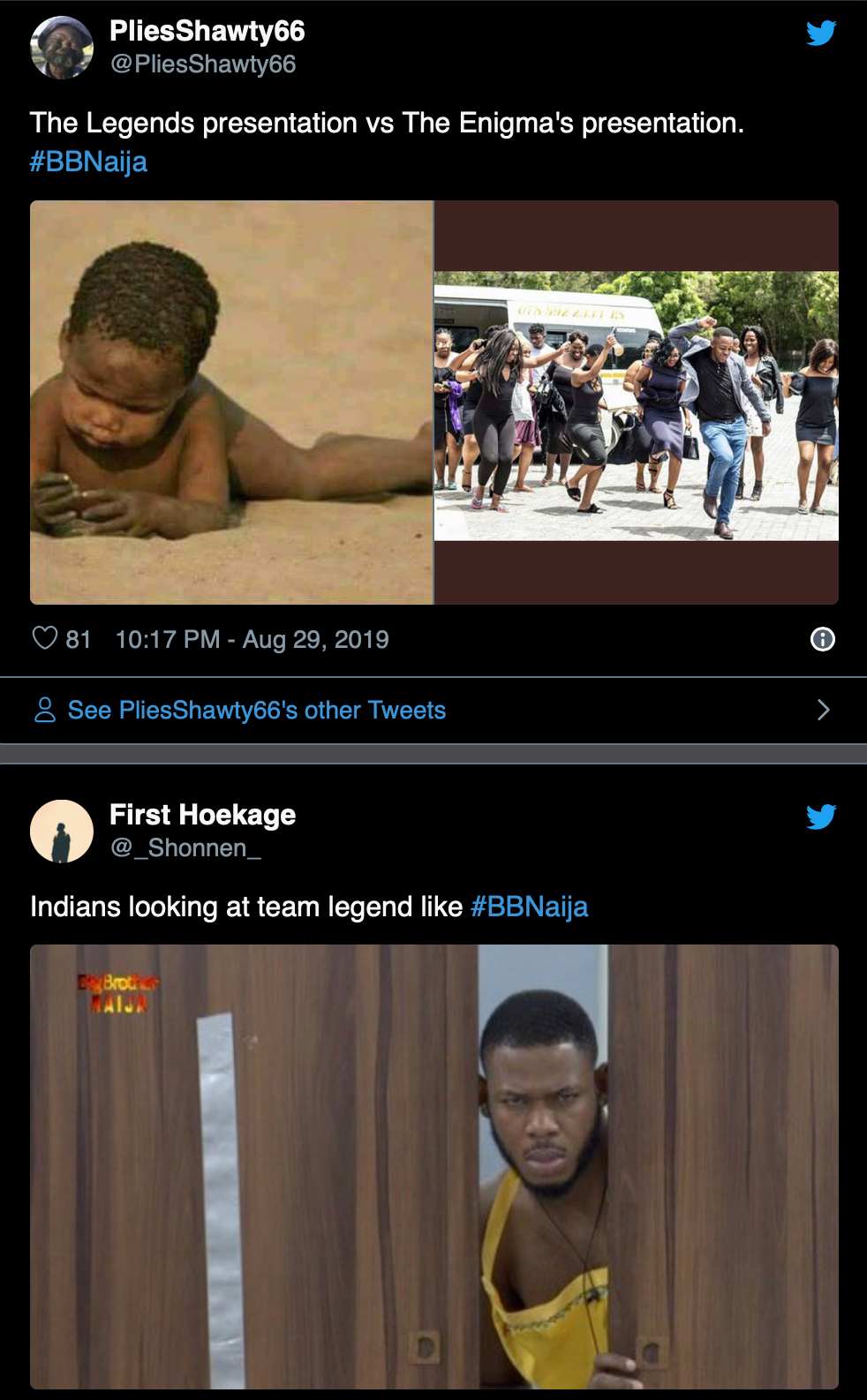 Well, another Wager Task has come and gone, for team Legends, perhaps it’s time to buckle up.

Please Share this on:
Big Brother Fines Kaisha For Infringing On House Rule