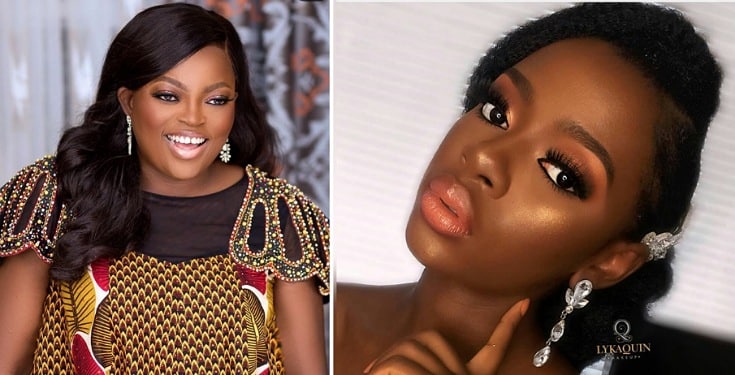 Nollywood actress and producer, Funke Akindele paid a visit to the housemates in the Big Brother house, yesterday.

The housemates, super excited about Funke’s visit engaged her in a friendly conversation where she (Funke) revealed her passion for youths, and how she believes that they are the leaders of today.

She obliged the housemates to talk about themselves and their areas of specialty. While they spoke one after the other, Diane revealed her passion for acting.

The actress, impressed by Diane‘s passion for acting, invited her to join the casts of award winning ‘Jenifas Diary’.

“I can’t wait for you to join Jenifa’s Diary,” she said.