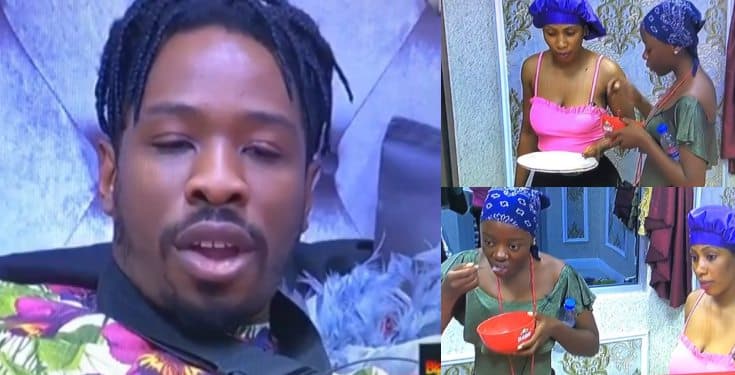 It would be recalled that the duo who jointly hold the Head Of House position now share the same room which is one of the benefits attached to the position.

According to Mercy, Ike has the habit of barging into the bathroom whenever she was taking her bath and she feels that behaviour should stop to avoid future disagreements.

Ike in turn stood his ground explaining that he wasn’t looking at Mercy’s nakedness and that the curvy lady has also given him a similar treatment in the past without any objection from him.

The duo have become a fiery couple calling each other out at irregular intervals and also making up. 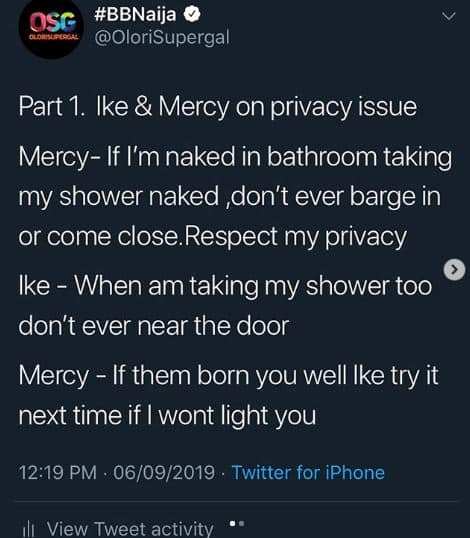 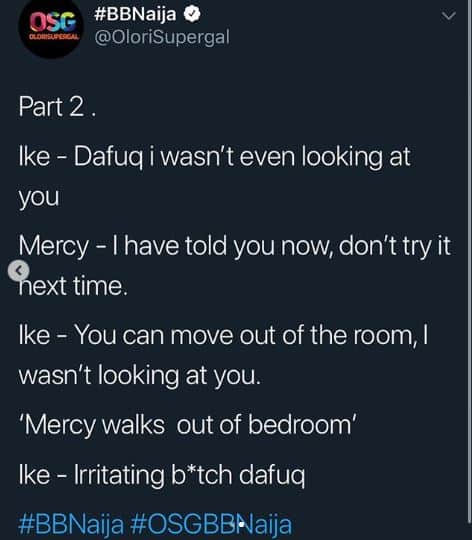 Watch how the drama played out below: