BBNaija: Elozonam angry with Tacha as he confides to Venita (video) 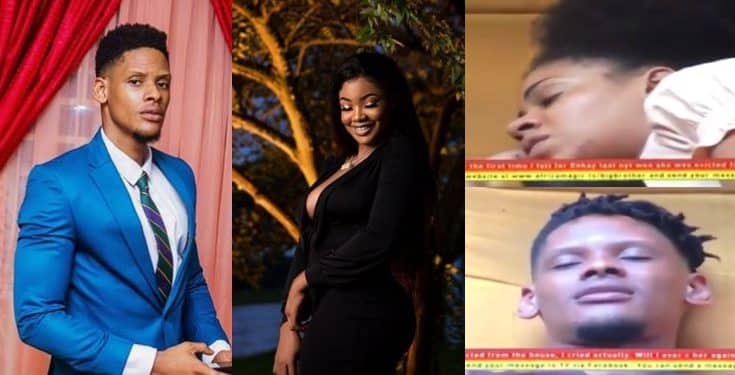 In a trending video on social media, BBNaija housemate, Elozonam, who is usually gentle and easy-going has been spotted ranting to Venita about Tacha’s actions towards him.

As was observed, after Joe and Enkay were evicted during the BBNaija live eviction show, Elozonam felt very sad as the evicted housemates were new in the house, just like him.

According to Elozonam, he was ‘down’ after the eviction show and his fellow housemates were trying to encourage him.

Surprisingly, when Tacha came, and said: “Why are you down? Do you want to hear pack your bag and go?”.

Elozanam went on to tell Venita that that was so insensitive of her to say to him at that time.

He blew up and said: “I don’t care who the fvck you are, it was wrong”‘