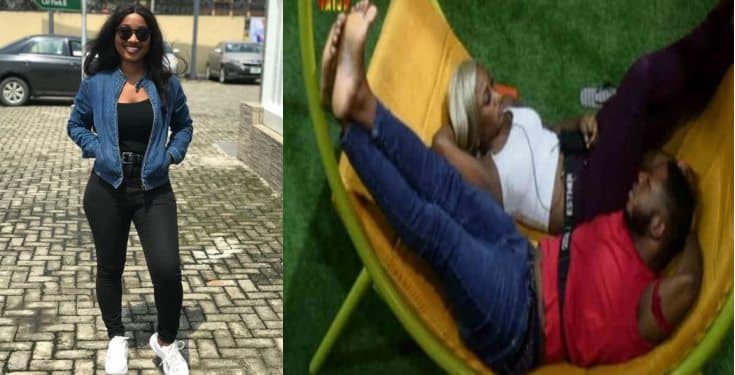 Big Brother Naija (BBNaija) housemate Esther has opened up on the kind of feelings she has for Frodd, Concise News understands.

Esther made this known when BBNaija host Ebuka Obi-Uchendu, during last Sunday eviction show, asked her to make clarifications on her relationship with Frodd.

Ebuka asked if the feeling Frodd had for her was mutual. Esther responded by saying “yes.”

On what she feels for Frodd, Esther said: “We are cool, I believe that we are still getting to know each other and you can’t really predict what is going on in this place so I will see what happens outside the house.”

Esther once declined Frodd’s romantic relationship request on the grounds that she was in a relationship with evicted housemate Nelson.

ALSO READ:   BBNaija: Frodd is a ‘woman wrapper, he irritates me’ – Mercy to Ike

To the surprise of many, the “Acts of kindness” task given to the housemates few weeks ago helped Esther and Frodd to settle their rift, after she advised him to get what he wanted at all cost.