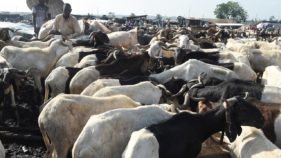 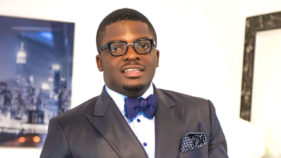 Sujimoto @ 5: How I turned adversity into prosperity 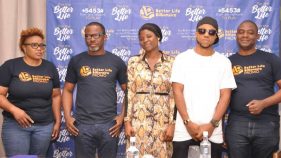 Recall that the housemates in the ongoing Big Brother naija were last week split into teams – Cruisetopia and The Icons – in which they were expected to compete in a series of challenges with the losing team automatically having all its members up for possible eviction. As it is, the heat is on The Icons who are facing possible evition by Sunday.

The ‘Pepper Dem’ housemates took part in the first Nomination Challenge on Monday night following the new twist Biggie introduced to the season. To get things started, Biggie instructed the teams to choose three representatives each to take part in the challenge. The Icons chose Omashola, Cindy and Sir Dee as their representatives, while Cruisetopia chose Mike, Joe and Jackye.

The Icons won the first challenge, which involved the selected representatives sticking many inflated balloons onto a board. The task ended with Cruisetopia scoring 8 points, while The Icons soared with 9 points. The second challenge was for the competing representatives to tie as many shoelaces as possible on a pole. Mike put Cruisetopia in the lead in that challenge and the result was an even score board for both teams. As a tie breaker, the housemates were asked to repeat the challenge, which eventually resulted in Cruisetopia winning the first Nomination Challenge and members of The Icons automatically nominated for possible eviction.

Consequently, Diane, who won the Veto Power Holder challenge earlier in the day was asked to save someone from the nominated team and replace with someone on her team. She chose to save Sir Dee and replaced him with Joe.

Menwhile, Seyi had earlier emerged winner of the Head of House challenge for the second week in a row giving him immunity from nominations this week.

Voting for this week is officially open! Fans can now vote for their favorite housemate to stay in the Big Brother Naija house via SMS by texting VOTE and the NAME of the HOUSEMATE to 32052. Fans can also vote for free on the website and mobile site – africamagic.tv/bigbrother.

With the MyDStv & MyGOtv Apps, fans can get additional 100 VOTES for their preferred housemate. While the app ca be downloaded on the iOS or Android mobile app store, voting on the platforms is open only to subscribers in Nigeria