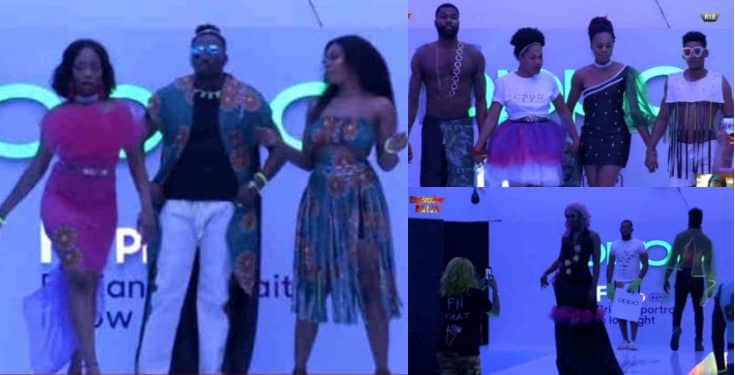 The ‘pepper dem’ housemates exhibited an amazing fashion show for the Oppo runway task on Thursday night, having completed the task of taking care of an egg like it was their own child. 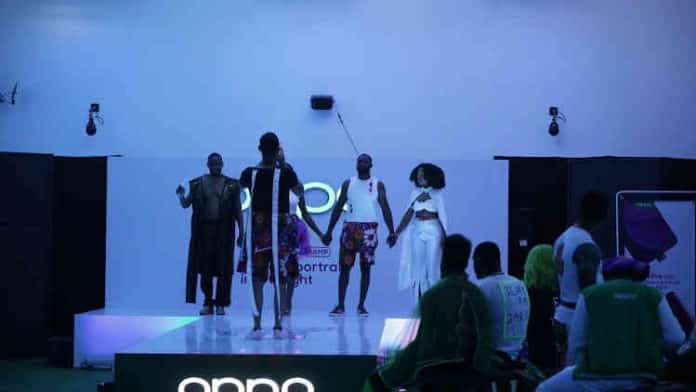 We observed that the fashion show was a night full of glitz and glamour as the housemates showcased their stylishness after sewing and stitching their neon materials, after each of them was given 15 minutes to practice their catwalk in the arena

The housemates who showed their stylish neon couture designs, with fancy accessories obviously showed the creative aspects of them.

The show began with Gedoni’s team which delivered a remarkable show as Esther made the first walk in style leading the rest of the team which consisted of Omashola, Diane, and Joe behind the camera.

Gedoni described their style as bold, daring and dangerous with an infusion of beautiful and colourful designs. 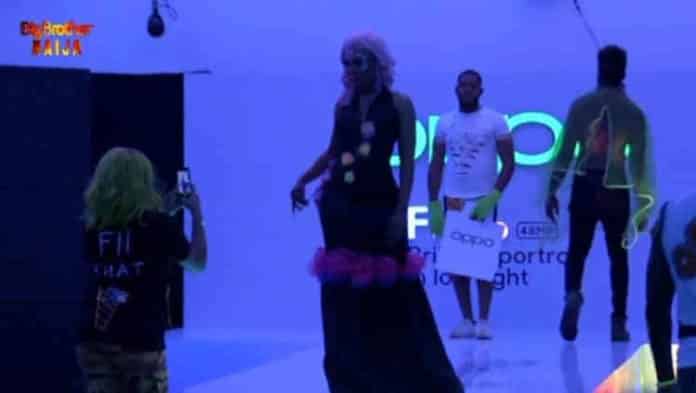 Mercy’s team ’fresh and old’ with Frodd and Venita, and Ike rose from petty squabbles to putting up a mind-blowing fashion exhibition. Venita, described their outfits as colourful.

The ‘Vice city’ team did not hesitate to put up a mind-blowing fashion exhibition as they came dressed in unique outfits, with Enkay explaining that each outfit represents each Housemate. Other members of the team are Mike, Jackye, Elozonam and Cindy.

Tacha led her team with Seyi, Khafi and Sir Dee as group members. The Instagram queen extended the limits of her creativity on this Task. The idea behind their attires was a fusion of the old and the new as the team sought out to bring the best of both worlds in order to unleash a dazzling level of creativity. 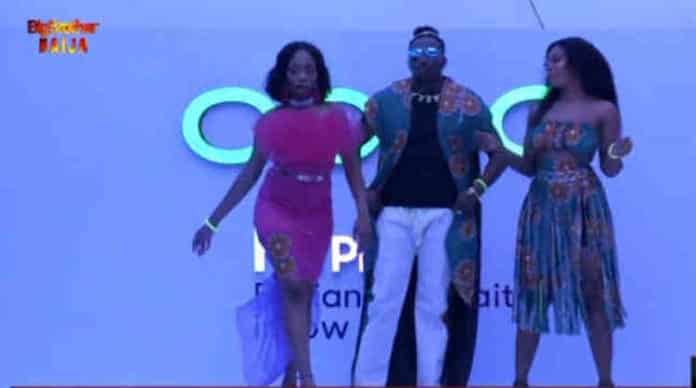 While Biggie acknowledged their creativity at the end of the show, the winner of the show will be announced on Sunday as the winning team get a reward of one million Naira.

Did you miss out on the lit #BBNaija Runway Task Presentation? Watch here.