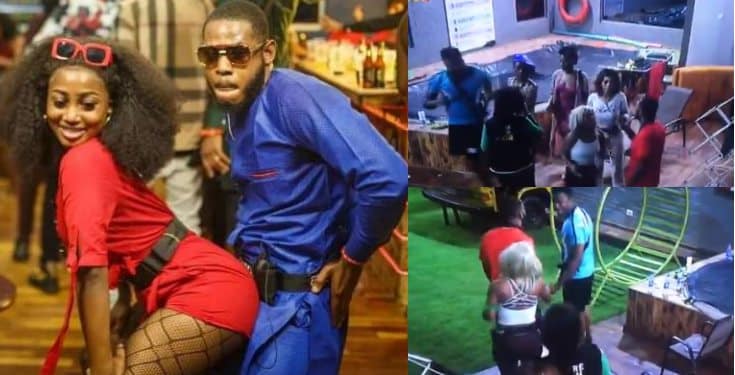 Frodd collaborated with Sir Dee to pull a birthday prank that turned out right on his love interest in the Big Brother Naija house, Esther.

The prank was pulled off when housemates of the reality show rushed out to the outdoor arena after Frodd and Sir Dee got on top of their voices while “having a quarrel”.

While trying to resolve the “misunderstanding”, the two housemates broke out with a birthday song that left Esther stunned.