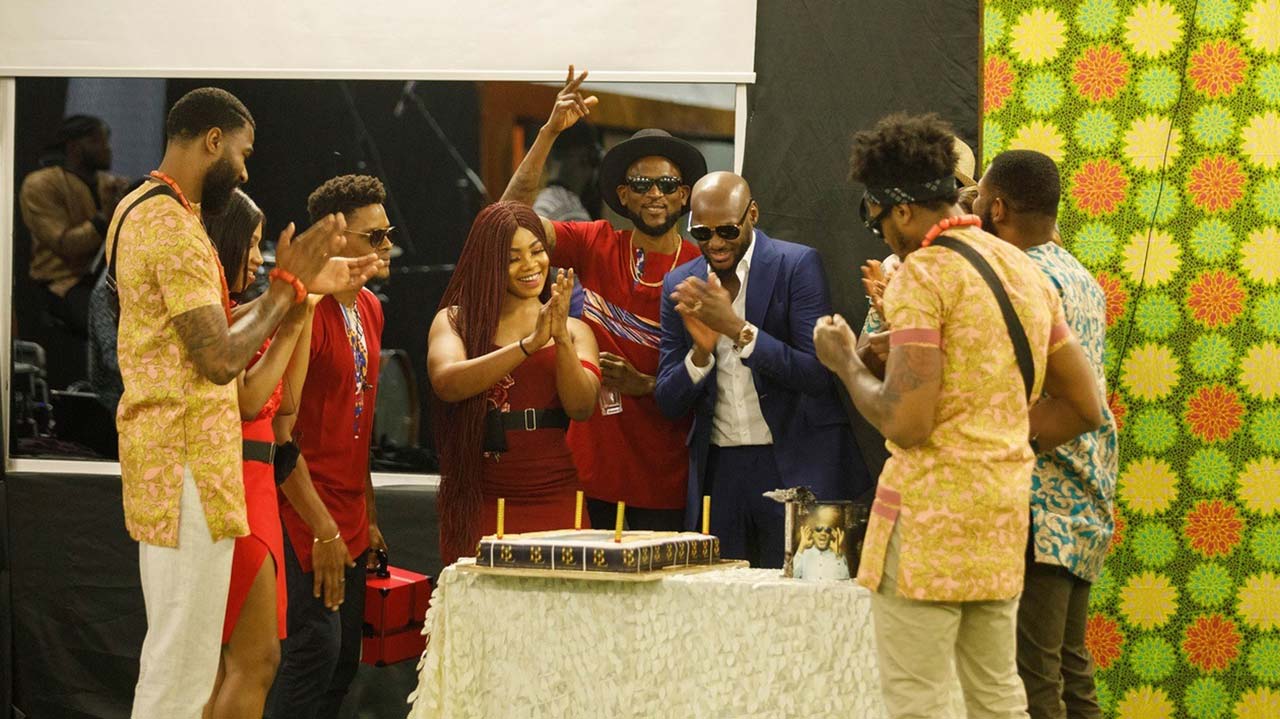 Seyi Wins HOH Challenge
Mercy Buys Immunity For This Week
Things are indeed getting interesting in the ongoing Big Broher Naija reality show. With the show ending in few days, expect more intirigues and drama. This week’s nomination was something everyone was waiting for.

After Frodd emerged the Ultimate Veto Power Holder (UVPH), fans of the hugely popular show could not wait to discover which five housemates he would put up for possible eviction during the Monday night Nomination show.

The housemates unaware of the ‘power’ Frodd as the UVPH wielded, carried on with what would be their final nomination show for the season. At the end of the process, Cindy, Elozonam, Frodd, Ike, Mercy, Mike and Tacha came out tops on the nomination list.Big Brother, however, nullified the results and called Frodd to nominate five of his fellow housemates for possible eviction. Big Brother then revealed that Mercy had used her Bet9ja coins to buy ‘immunity’ and as such was automatically exempted from nominations.

Frodd then proceeded to nominate Tacha, Elozonam, Cindy, Ike and Mike. Cindy was evicted yesterday in a surprise eviction, that the organisers of the show announced on Thursday night.Evictions were routinely done on Sunday nights on the show when the housemate with the lowest votes go home.

However, with the introduction of the surprise eviction, some of the housemates, who are up for possible eviction this week, maybe shown the exit between today and Monday.

Meanwhile, at the weekly Head of House (HoH) challenge, Seyi made history in the season by becoming a three-time winner of the title. This time around, however, he chose not to share the HoH bedroom privileges with another housemate. His position as HoH secures his spot in the final week of the competition.

Hailed as the most exciting celebrity visit so far at this year’s Big Brother Naija, the housemates got to meet and party with the music icon who turned a year older a day before. The housemates got super excited when they got the offer to be hosted at 2Baba Live #20YearsAKing concert scheduled for October 11 at the International Conference Centre, Abuja.

2Baba also came bearing gifts, his own custom branded “Necklace 2” earphones making the Top 10 the first set of people to own the premium merchandise released in partnership with leading mobile accessories brand, Oraimo.2Baba, who was there with his manager/ business partner Efe Omorogbe, and Larry Gaaga, performed two songs as well as enjoyed tributes by the housemates backed by a superb Alternate Sound.

Be Hungry To Succeed, Diane Tells Fans
Please share this: