BBNaija: Gedoni And Khafi Had First Kiss In Bed (photo) 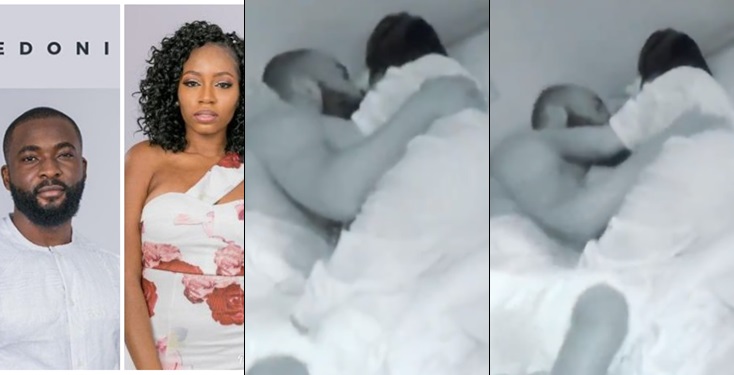 It’s been a week and some days into the Big Brother Naija: Pepper Dem show and it looks like housemates are already finding their love interests in the house.

While we’re not sure yet on what the situation is among Ike, Ella and Mercy, probably a love triangle of some sorts…

we’re definitely here for the love that seems to brewing between Khafi and Gedoni!

The duo have been spotted together severally and quite occasionally, there’s some sorta physical contact between the both of them.

While others slept last night, the duo were subtly cuddled up on the same bed and Khafi could be clearly seen making strokes with her hands on Gedoni’s back, gently caressing the gentleman.

ALSO READ:   Uti Nwachukwu rephrases his statement after Princess criticized him for referring to CeeC as the most successful BBNaija2018 housemate

He later on responded with a kiss, which can be dubbed as the first official kiss in the BBNaija Pepper Dem house – people have started reacting to the brewing love of the housemates and we too have our fingers crossed!