BBNaija: He Ignored Me After I Caught Him Cheating – Liquorose Gives More Details In New Video 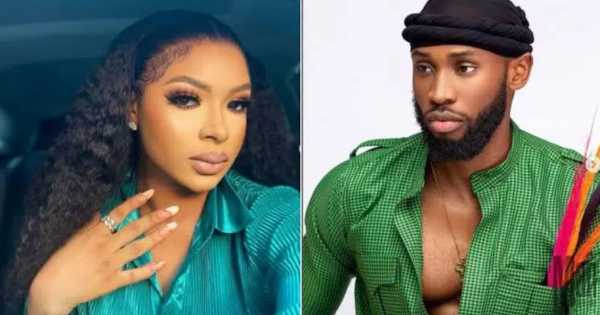 A viral video has shown former BBNaija housemate, Roseline Omokhoa Afije, popularly known as Liquorose, revealing how ex-boyfriend, Emmanuel treated her after she walked in on him with another woman.

Recall that Liquorose had revealed during the BBNaija Reunion that she walked in on Emmanuel with a girl in a room and the lights were off.

She said “We were dating, right? And I walked into you and a girl in Dubai.

“The light was off, the music was playing, the bed was rough, and the girl was sitting at the edge, and she covered her face with a face mask”.

Speaking more on the issue in the viral video, the 27-year-old dancer explained that after she caught her ex with another woman he did not go after her or call her to explain the situation.

The post BBNaija: He Ignored Me After I Caught Him Cheating – Liquorose Gives More Details In New Video appeared first on Information Nigeria.