BBNaija: Head of house no be your papa throne – Omashola to Frodd (video) 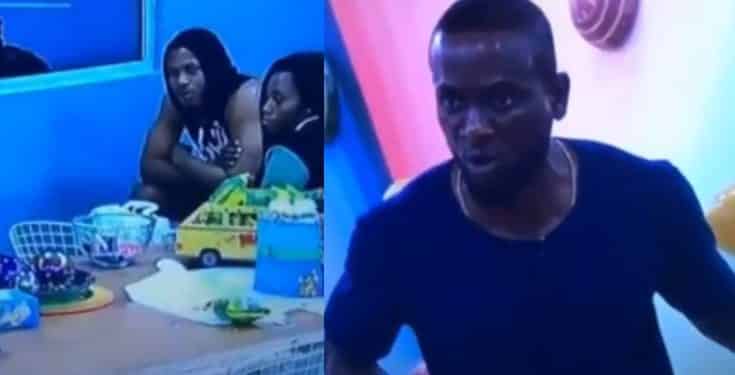 The Big Brother Naija house took a gloomy look this morning as Omashola clashed with Frodd over an alleged ‘disrespect’.

Frodd had accused Omashola of disrespecting him by walking out of a meeting he called for as the Head of House (HOH).

Omashola however fired back at Frodd by stating that no one came into the house to become its head and anyone can become the HOH at any time.

He (Omashola) also shrugged off appeals by other housemates to calm down and let go of his anger.