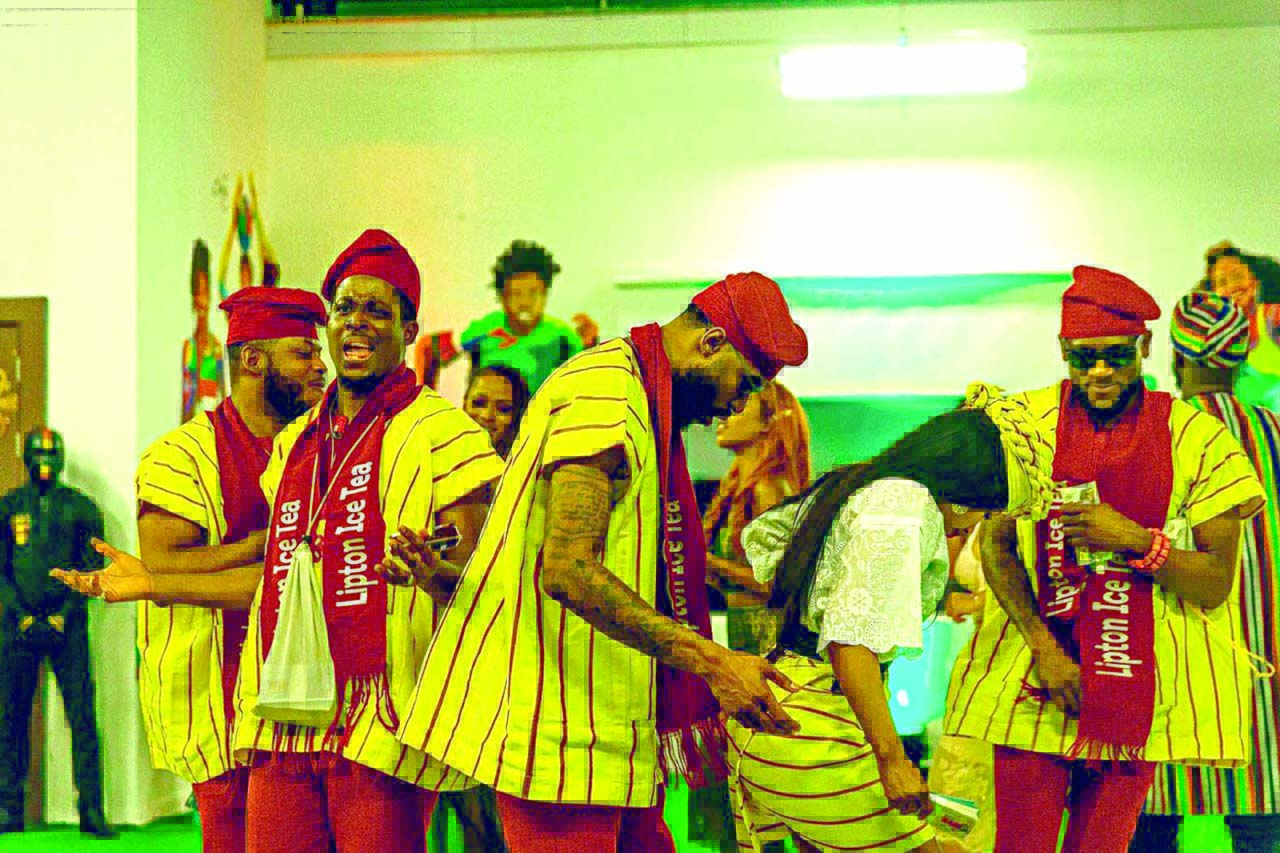 Frodd (left) Seyi, Mike, Mercy and Omashola during the party

The BBNaija ‘pepper dem’ housemates were treated to a surprise visit on Monday night by former BBNaija housemates from the See Gobe and Double Wahala edition.

BamBam, Teddy A, Bassey, Dee-One, Miyonse, Vandora, Rico Swavey, Lolu, and Soma were all in attendance to celebrate Independence Day with the last 5 pepper dem housemates.

The surprise visit featured an Independence Day carnival with carnival Dancers, magicians, and contortionists to keep the mood alive. Housemates were also dressed in colourful outfits and the arena was decorated in Nigerian flag colors, a tribute to Nigerian heroes and freedom fighters.

The night ended with a fun dance battle between the ex-housemates and the ‘pepper dem gang.’ BamBam also went on to sing the National Anthem, which got all the housemates hyped.

Surprise visits to the BBNaija house by people of repute further highlight and add spice to the excitement BBNaija organisers continue to provide to highly devoted watchers of the reality show.

With only 5 housemates left in the competition, who will be crowned the winner of the fourth season of Big Brother Naija come tomorrow. Only time will tell!

Meanwhile, double evictions on Sunday saw Elozonam and Ike evicted following nomination, which had five housemates up for possible evictions. They are the 19th and 20th housemates to leave the show.

Earlier in the week, Cindy was evicted from the BBNaija house whilst Tacha was disqualified following her altercation with fellow housemate, Mercy.

Diane was next to leave the Big Brother Naija house, making her the 21st housemate to drop out of the race to the N60 million grand prize.

He had to pull out a coin, which would either belong to Diane or Omashola from a ‘magic hat’ as instructed by Biggie. Upon reveal, Diane’s coin was unluckily picked and so she was evicted from the house.

Moments earlier, Biggie revealed that Mercy, Seyi, and Mike had automatically secured their spot in the finale. Mercy through the immunity she purchased, Seyi due to his HoH win and Mike for having the highest number of votes from last Sunday’s eviction.