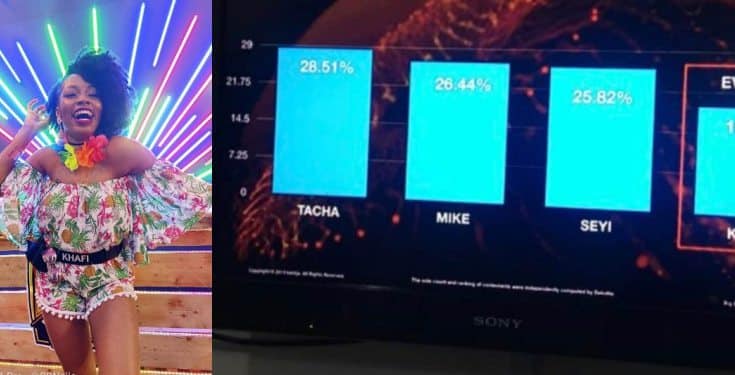 Following the eviction of Big Brother, BBNaija, 2019 housemates, Khafi, details of how Nigerians voted for the live eviction have emerged.

She was evicted during the Sunday night eviction show.

Her eviction has left 10 housemates battling for the grand prize of N60m.

Omashola, who was nominated but had the veto power card, replaced himself with Seyi.

However, this week, Khafi had the highest vote, while Venita had the least vote.

Here is the breakdown of how viewers voted: 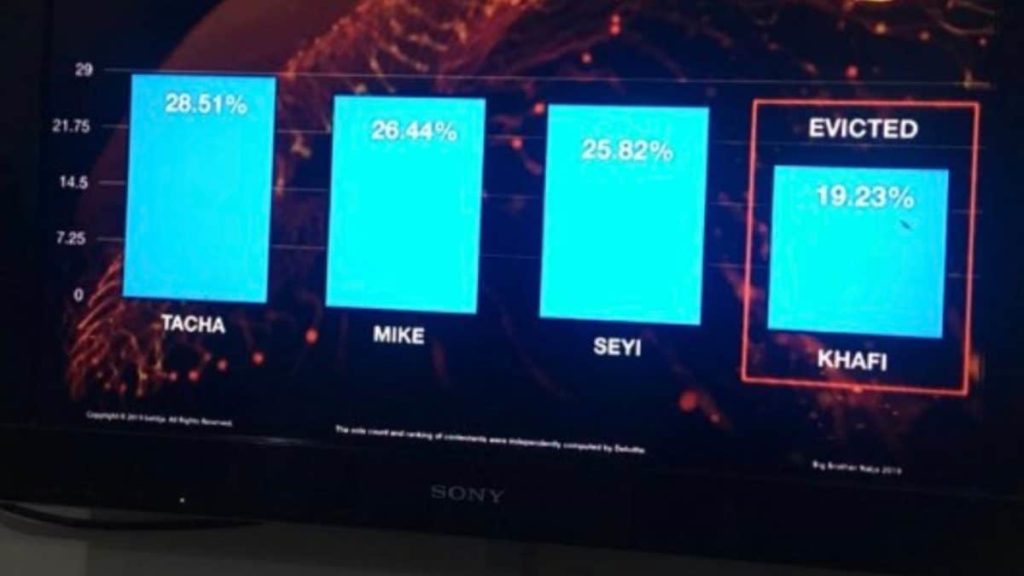