#BBNaija: How Nigerians Voted, Mercy Had The Highest Votes

Frodd, Jackye, Mike, Mercy, Seyi, Diane and Gedoni were the housemates nominated for eviction this week and two out of these nine have left the Big Brother house! 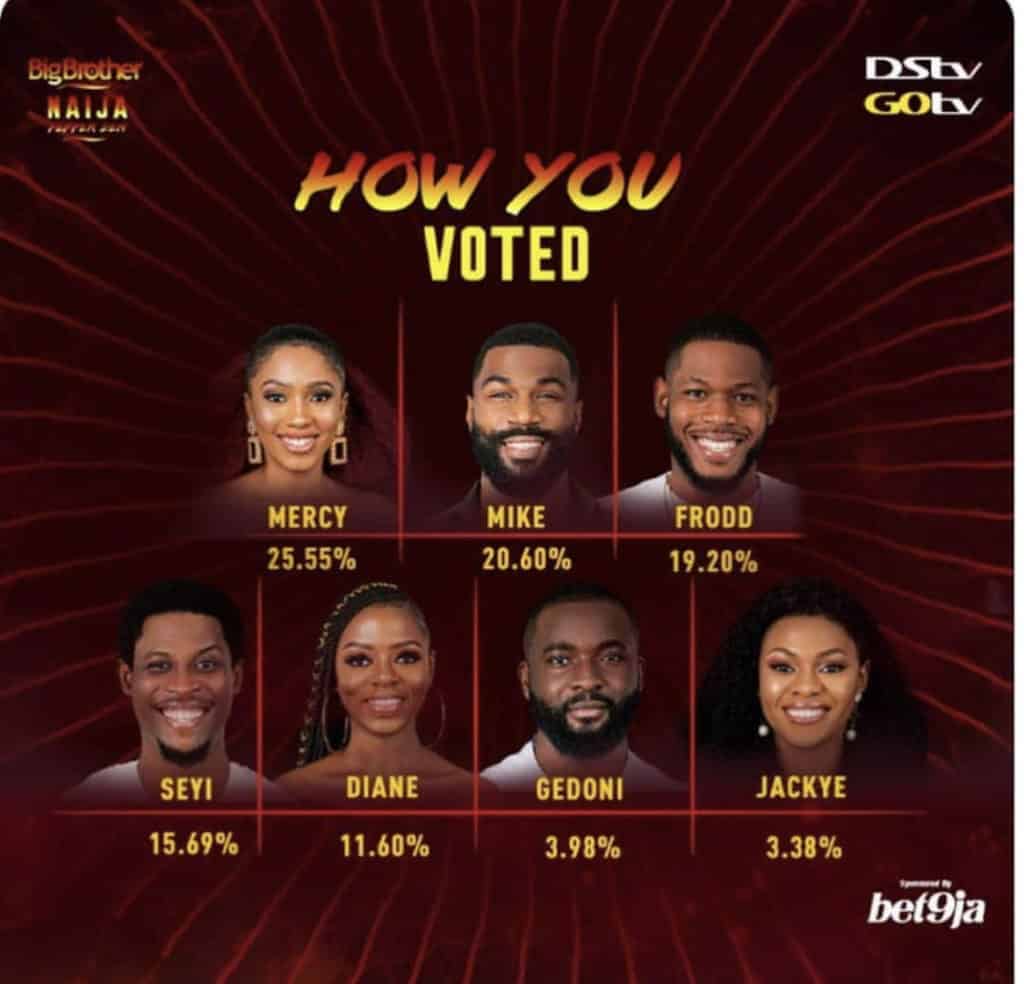 Following their nominations, viewers were left to vote for their favourite housemates and apparently, Gedoni and Jackye were the housemates with the least votes which led to their eviction from the house.

ALSO READ:   BBNaija: Head of house no be your papa throne – Omashola to Frodd (video)

Here’s how the viewers voted…