#BBNaija : I and Khafi Never Had Sex – Gedoni

Ex big brother Naija Housemate, Gedoni has come out to clear the air about the fact that he had sex with fellow Housemate, Khafi during his time in the house.

He revealed this after he was confronted by twitter users that Khafi has been sacked for having sex with him in the house by the UK police.

See their exchange below..

Fired from work ? Wow !! That was what came off my mouth when I saw the publications. KHAFI has been a celibate for 8 YEARS. MYSELF AND KHAFI NEVER EVER HAD SEX !!!! 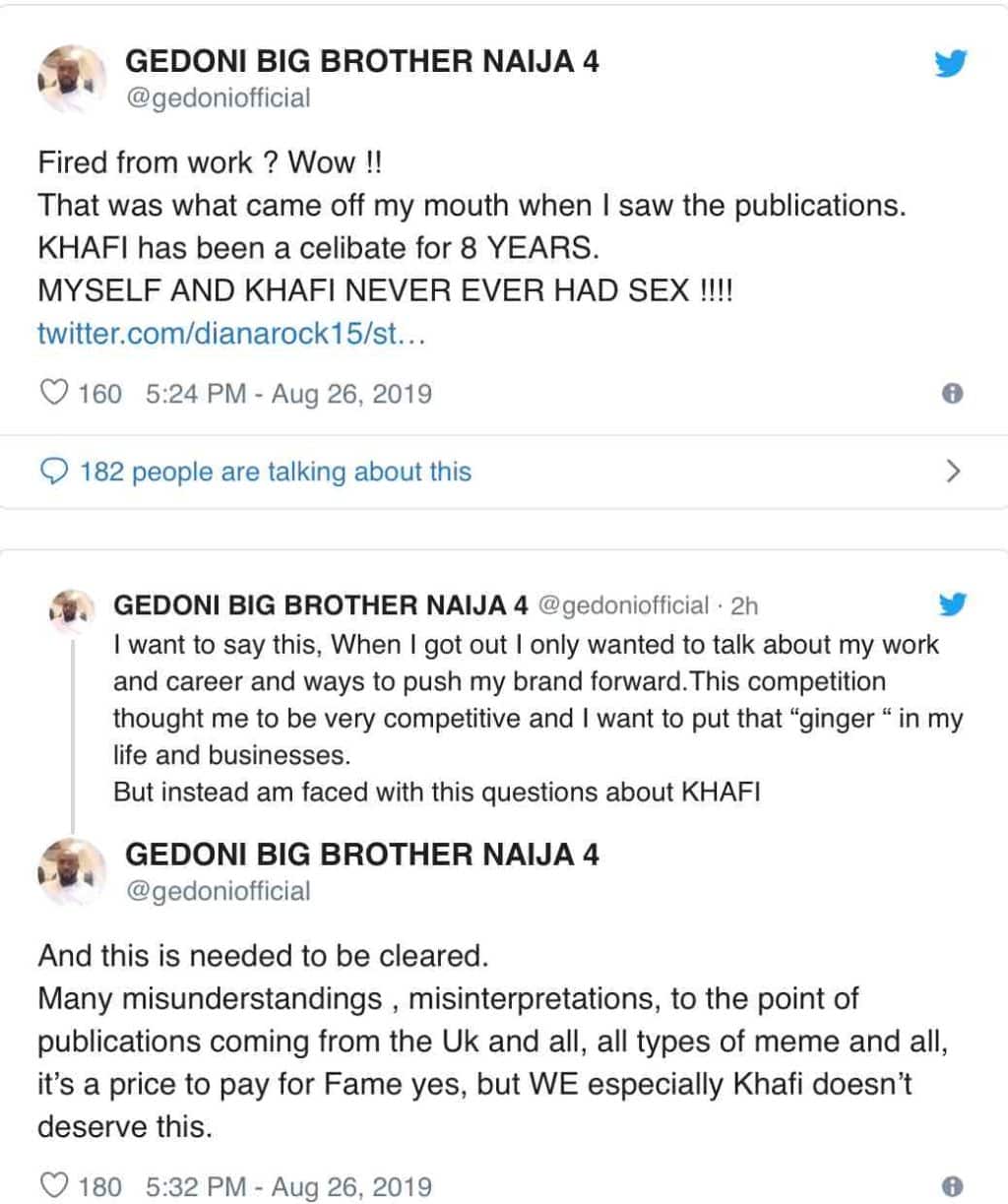 I want to say this, When I got out I only wanted to talk about my work and career and ways to push my brand forward.This competition thought me to be very competitive and I want to put that “ginger “ in my life and businesses.
But instead am faced with this questions about KHAFI

And this is needed to be cleared. Many misunderstandings , misinterpretations, to the point of publications coming from the Uk and all, all types of meme and all, it’s a price to pay for Fame yes, but WE especially Khafi doesn’t deserve this.

Am not saying this to Capture any type of relevance, but doing this all for Khafi , because she will do the same and even more. MYSELF AND KHAFI NEVER HAD SEX, Take away the hate and give love a chance.If this can’t convince any of you then am done here GOD BLESS YOU ALL #BBNAIJA