BBNaija: ‘I felt so much peace around Gedoni’ – Khafi Opens Up 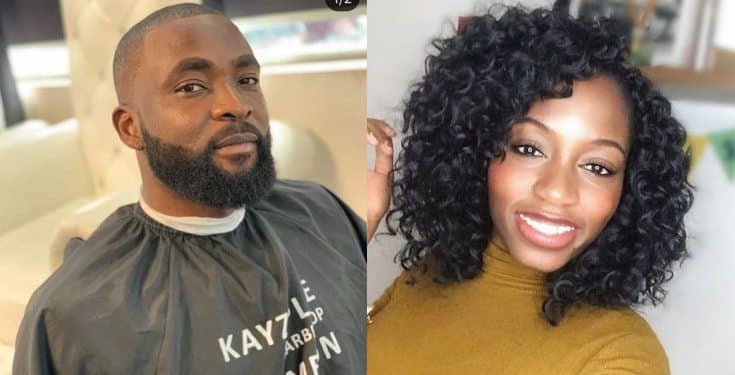 Evicted Housemate, Khafi Kareem says she loves her partner Gedoni Ekpata and felt so much peace around him whilst in the BBNaija Reality show.

News Agency of Nigeria reports that actress and presenter said this in her first major interview with host, Ebuka Obi-Uchendu following her exit from the show.

Khafi who spoke on the intensity of her relationship with Gedoni, reiterated that they never had sex in the house.

“I felt such peace around him. I didn’t think I couldn’t be myself around him.

“We did not have sex. You know sex is a natural thing. If I did, I would actually say that’s what happened.

“I wouldn’t want to be given the penalisation or punishments for things I didn’t do,” she said.

She said, “I just feel like in the house, everything is so intense so where you will get to in a relationship over three months seeing somebody and been on a date with them is like a week in the house.

“The intensity seeing everybody when you wake up and when you go to sleep. I think it was after the eviction in the first week, after we were almost up that’s when our bond really grew.

The bubbling personality also revealed plans to host a Nigerian tourism show as part of her post-BBNaija plans.

When asked if she would fully concentrate on acting, Khafi said, “I love acting, I feel like it will be a given. I can do that with my eyes closed.

“I definitely want to do presenting. I would like to have a travel show where I showcase different states in Nigeria and just do some tourism stuff,” she said.

Ebuka also asked Khafi how she maintained her bubbly demeanour when her eviction was announced. She noted that she felt grateful for the experience.

She said, “I felt grateful. When my name was called, I would have been grateful to stay in the house.

“When I was leaving, I was like it had been an amazing last week in the house and I felt grateful and now I can begin the rest of my life,” she said.

She said, “interestingly I want to be friends with the person I think has no friends or who felt alone.

“I also felt alone in the house when I first came. We just gravitated to each other and we have been cool since the first week,” she said.

The police officer also noted that Ike Onyeama, who nominated her for eviction, was playing the best game in the house.

NAN reports that with Khafi’s eviction, there are ten housemates left to compete for the Grand prize worth 60 million Naira.