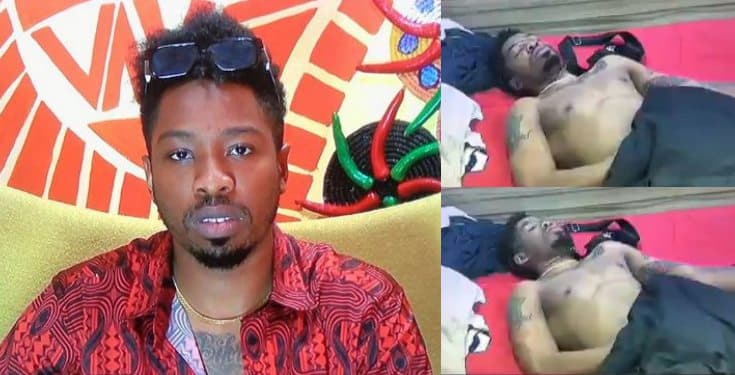 Big Brother Naija housemate, Ike, who is the lover to fellow contestant, Mercy was spotted trying to help his correction after an encounter with his girl.

The 26-year-old reality star was however conscious of his environment as he did not go further in his actions.

He, however, went to mercy to get solace as he could not continue the action.

Recall Mercy and Ike are the second couples in the big brother’s house.

The duo had once attempted to engage in sexual activities which could not work out because Mercy was wearing a nightgown which made it impossible.

While relating the next morning, she told her man, Ike, that it was an intentional act which she would not stop.

Please Share this on:
#BBNaija: “Ozo is the man that most men are too cowardly scared to be” – Uti Nwachukwu writes