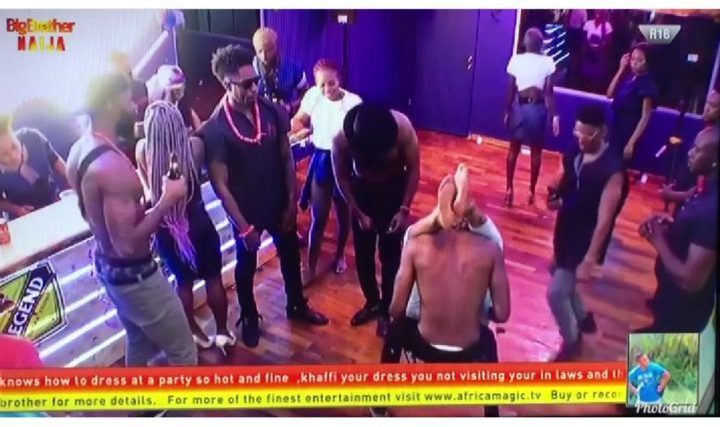 Ike and OmasholaA fight could have broken out during the Saturday night party in the 2019 Big Brother Naija house when Mercy caused her man, Ike to be jealous.

The night saw Mercy getting Ike jealous by twerking and grinding with Omashola, an act that was not so cool with Ike.

Mercy attended the party in a sexy outfit and took turns dancing with Seyi and Omashola, a decision that caused her man to be insanely jealous.

Please Share this on:
#BBNaija: “You’re a role model” – Laycon advises Dorathy as she tears up