Few hours after Jackye trended over a pillow fight with Mike, her boyfriend Oluwasegun Kosemani has lashed out at those making it an issue.

Pointing out that Mike complained some time ago that Jackye has been staying away from him since the new housemates were unveiled, Oluwasegun called out people who claimed she wasn’t loyal to their friendship, alleged she was boring and acting too holy at that time.

Insisting that Mike’s wife is also not complaining about their closeness, Jackye’s boyfriend claimed that most people watch the show for lustful reasons which clouds their thoughts in identifying intellectual activities showcased by the smartest housemates. 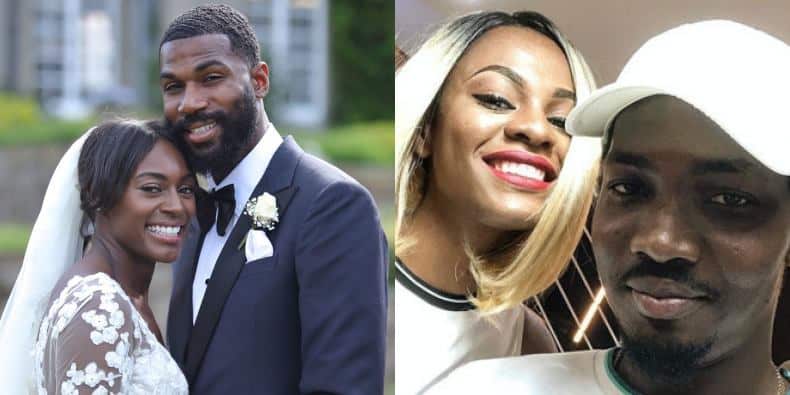 He wrote;  Sometime ago when Mike complained to another male housemates that Jackye has been staying away from him since the new housemates came in, all the women shading Jackye now kept quite and some even hailed Mike saying Jackye wasn’t loyal to their friendship. They say Jackye is boring, Jackye is acting too holy, now Jackye plays freely with Mike with no strings attached and same females/women are the ones saying negative things about Jackye!

Ah walaha dey ooh!SMH.I see why women keep pulling down other women, I see why women don’t vote for women who are truly impactful in positive ways, I see why majority like to watch big brother; obviously for lustful reasons especially nudity and immoral acts thereby failing to identify, acknowledge and celebrate the intellectual activities of the show showcased by the smartest housemates.

I see why the popular and highly recommended women equality thing may never be achieved real soon at least not in our insane clime.Like for heaven sake, I ain’t even complaining and Mike’s wife ain’t either, rather I’m so happy that Jackye is becoming more free in the house especially with the guys. Jackye likes smart people who can hold their head up and be free.

It took Jackye a while to get this free in the house and now that she’s getting her groove on, people who are already unhappy with themselves and most likely unhappy about Jackye’s intellectual and emotional strength and the changes she is capable of being to our society are the ones who want to drive us insane with their unsubstantiated rhetorics all over the internet.

Naso una abuse Cee’c sooo tey the young girl blow scatter come begin get paid more than una gbanjo favs! Ok o! Make una kontinu, as long as my Jackye is writing a good history for young Nigerian and African ladies to admire and emulate, I, her family and her true well wishers and the awaiting brands will keep enjoying the show till the 99th day when we would all be celebrating her as the finalist and or winner of the #bbnaija seasons 4.