#BBNaija: Mercy all smiles as she receives her cash prize of N30million (Photos)

She was all smiles as she received her 30 million naira cheque prize. 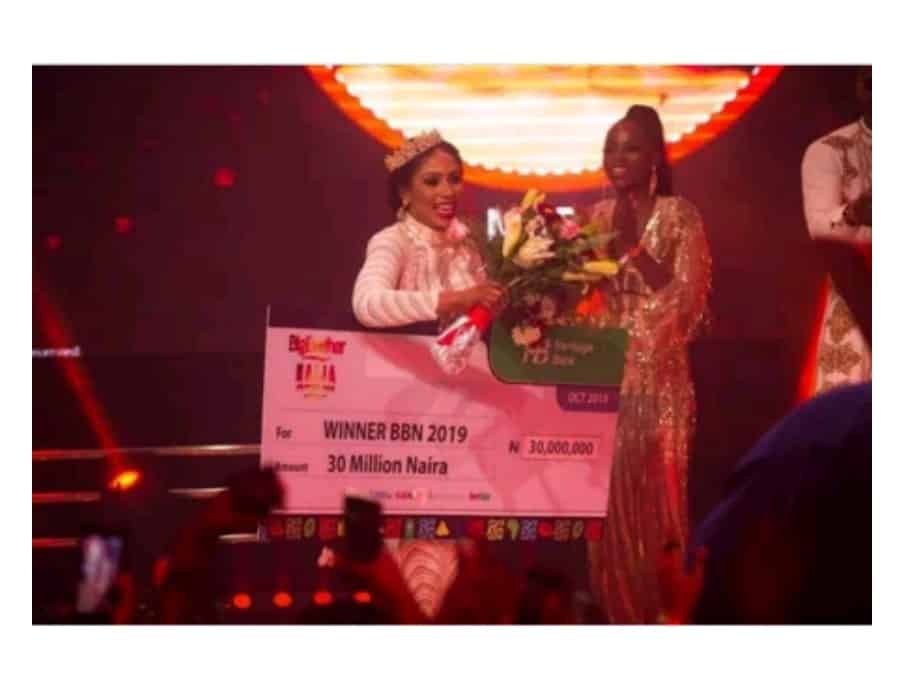 Recall that there was previously an altercation between Mercy and the disqualified housemate, Tacha, and viewers were scared at the time, as to whether Mercy would leave the show or not.

Subsequently, Mercy wasn’t evicted and the fact that she wasn’t, generated controversies on social media, with some people insisting that Mercy must be disqualified from the show too, for flinging her hair in Tacha‘s face.

Well, to cut the long story short, Mercy finally made it yesterday as the ultimate winner of the Big Brother ‘Pepper Dem’ season. 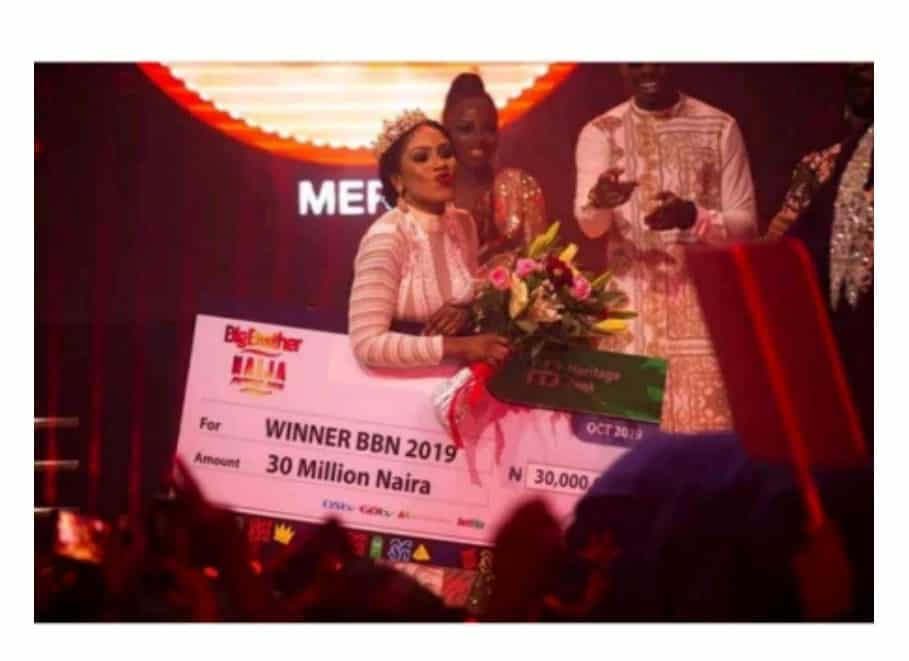