Recalls that Tacha was disqualified following a violence that broke out between herself and arch-rival, Mercy, on Friday, 27th September.

Her disqualification sparked uproars with so many going on to throw cash gift at the self-acclaimed Port-Harcourt First Daughter. 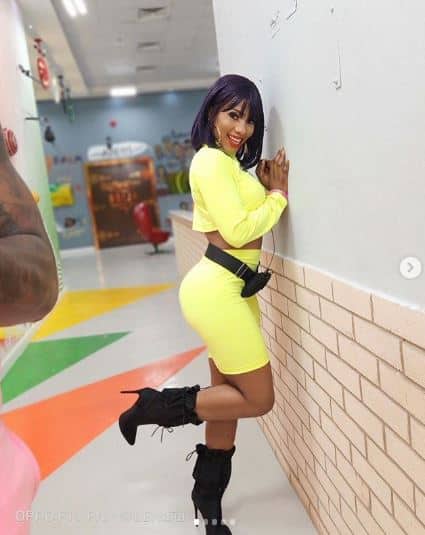 However, Mercy who was given two strikes for her behaviour, told Big brother that she liked Tacha from day 1 in the show.

Expressing sadness over the fight which broke out between them, Mercy added that she had hoped Tacha would stay in the show till the final day.

She said this during her diary session with Biggie on Thursday night.

Mercy said: “Tacha does not know but I liked her from day one in BBNaija house, Biggie and some people know I’ve never seen her as a problem.