The Big Brother Naija finale has come and it promises to be a night full of drama and excitement, as the winner of the ‘Pepper Dem’ Season will soon be announced.

The contending housemates are currently tensed up as they await the final result and proclamation of the winner for the ‘Pepper Dem’ season.

Meanwhile, the only queen of the ‘Pepper Dem’ season, Mercy is in the house and she’s obviously ready to ‘pepper dem’ this night. 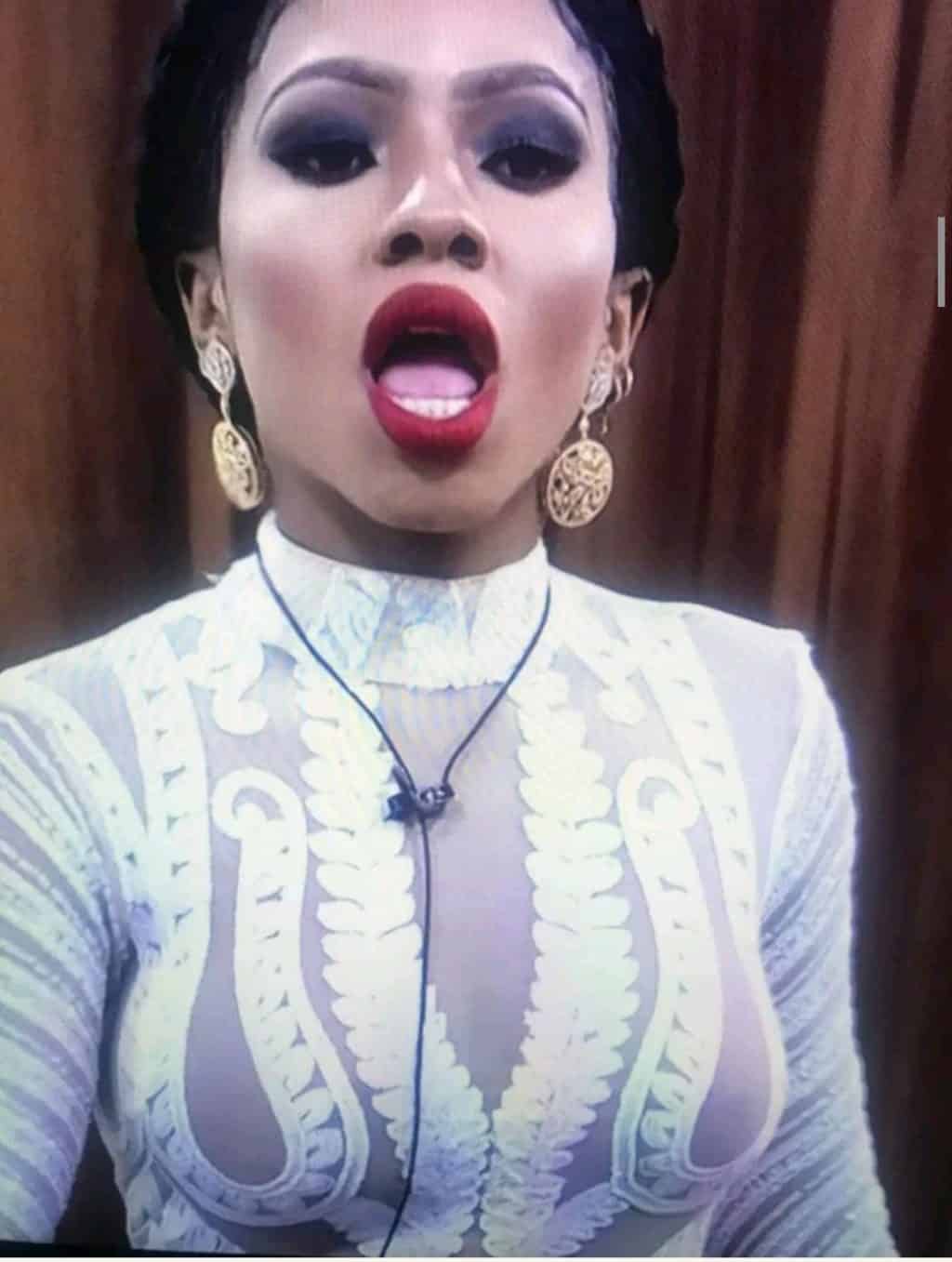 She has gracefully stolen the show from her male counterparts with her white, see-through gown leaving her heavy backside and boobs exposed underneath. 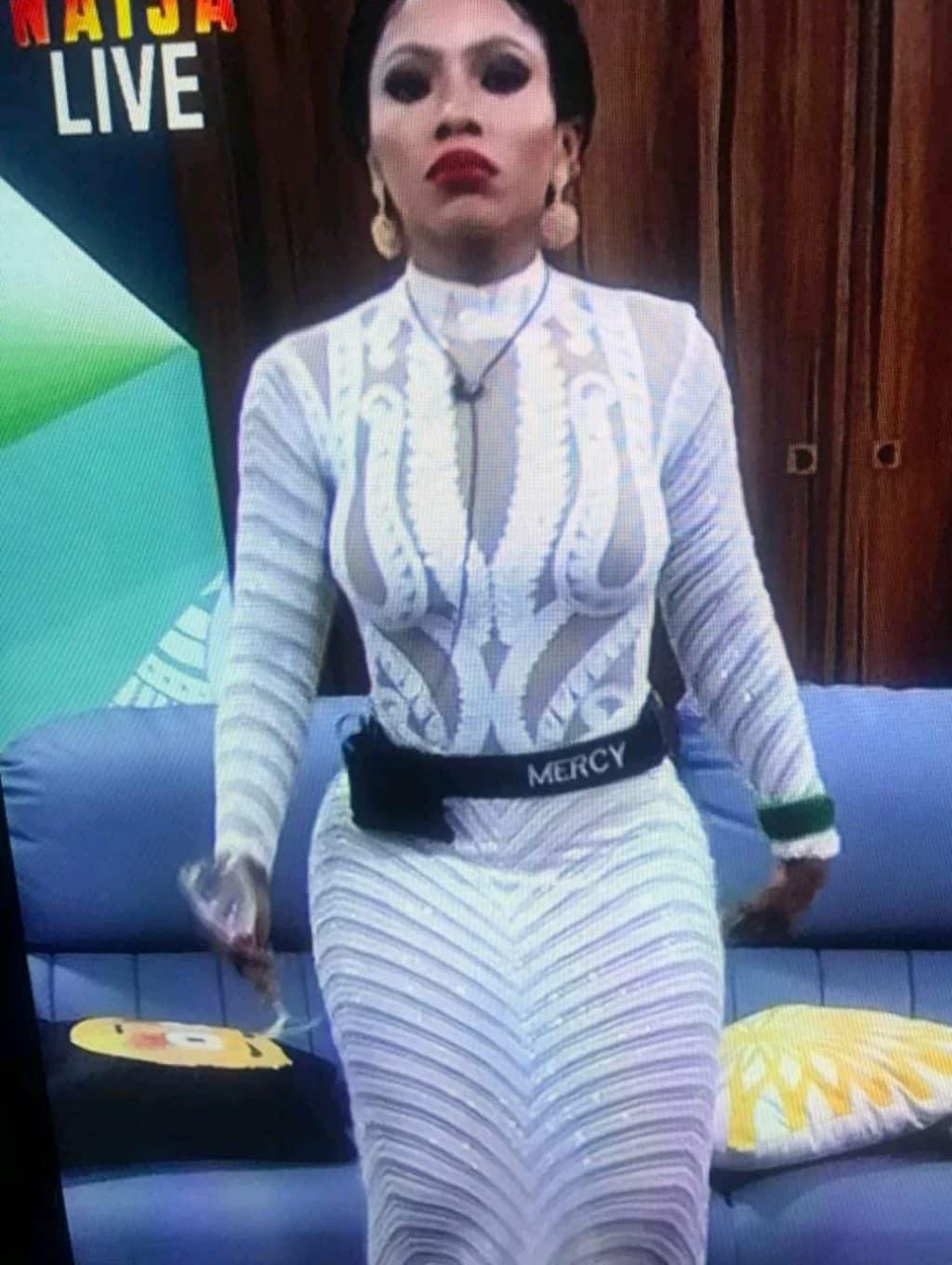